Stories of women in the Taliban's Afghanistan 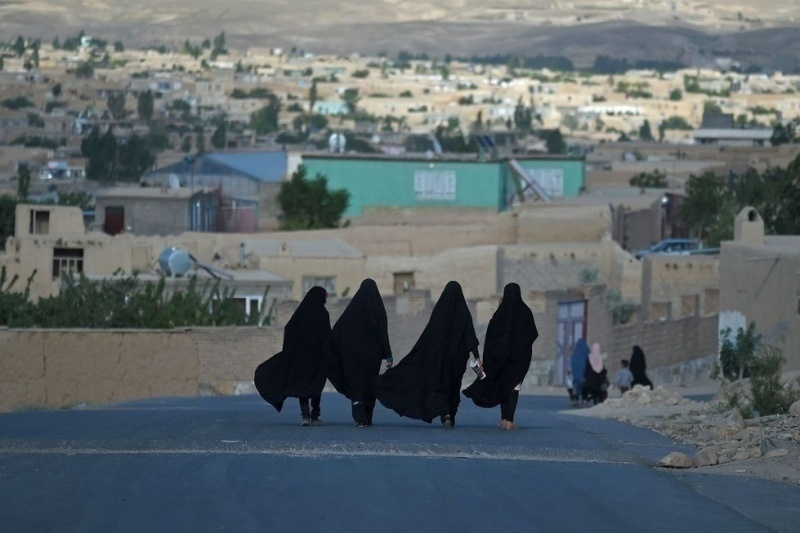 In the current situation in Afghanistan, women and girls live in an invisible prison, where all their basic rights and human freedoms have been taken away. They no longer have the status of 'half of society'.

Women have been deprived of all the aspects of their own social life: politics, culture, art, sports, trade and music. Taliban extremist group wants women alone at home. Women who, during the previous Afghan government, were considered civil and social activists and had a decent work have been forced to stay at home for "dignity". Taliban's view of religion and life has paved the way to secrecy in Afghan society.

I can start to explain the current situation in Afghanistan with the concept of Muharram. It means "having a brother, a father, a husband and a child". It means that no woman in my country can leave home without a Muharram, even if she intends to go to the doctor or to the hospital.

The gradual elimination of women from society began with the closure of girls' schools, the wearing of compulsory hijab, and the covering of women's faces in the media, as well as the censorship of women's voices in the Afghan media, which, in my view, marked the beginning of an elimination of oppression and historical discrimination.

21 years ago, Afghan women emerged from the former Taliban's iron prison in Afghanistan and began to fight for their human rights. They were honoured in the free world but, unfortunately, after 21 years of great effort, they became the puppets of the United States and neighbouring countries' policies and returned to the same prison whose bars were broken 21 years ago.

Future, as peace, is an unknown word in Afghanistan. Today, in my country, everything that can be the voice of my women and people is doomed to be rejected. But, as an Afghan woman, I stand by all the women of my country and, if possible, I will continue this struggle with my pen and ink.

The concern of the women of my country is not only connected to the physical request of "dignity": under the Taliban government all the online jobs have been disrupted too.

Half of Afghan women owned small businesses and made a living through the virtual world, as Sahar said in an interview I did with her. She worked online as a cosmetics seller and provided employment for several women and children. She said that with the fall of the previous government she could not continue her work easily.

On the one hand, it should cover the family's economic expenses, and on the other hand, goods are collected, transported or delivered by men on motorcycles and this can be considered one of the biggest problems at the moment because in the current government women should not and cannot have any kind of relationship with any man. "Our situation in Afghanistan is becoming more difficult day by day and our dreams are saying goodbye to us one after another," Sahar* said. "I can no longer make a living this way because I'm not allowed to be in a relationship with any illegitimate man".

Susan* is graduated in public administration and policy. "Before the Taliban came to power in Afghanistan," she says, "I was a social worker in a private office, working in various offices for more than six years with both men and women of the community. But after the arrival of the Islamic government, everything fell apart."

I lost my job, as the company I was working to left Afghanistan. Fear and despair have taken over the whole city and still continue to affect people. "I did not even leave the house for more than two months. There is no way for me to leave the country. I spend my days with fear and shivering". Susan had a nervous breakdown and went to the doctor.

"The doctor's guidance was that I should get rid of fear, panic and stress in order to get better. I tried to get rid of them, but I found impossible even to walk for few seconds outside my house, as a world of fear was expecting me. From the window I can see the city and the bazaar, but nothing is the same as before, and women wear chadors, black hijabs and gloves.

The city is all covered in black and if the clothes are coloured, women will be beaten by the Islamic government. We all hoped to have a good future, but the future is now dark. I want to go back to the past and breathe easy. We cannot wear the clothes we want; we cannot freely go where we want. We must have Muharram with us everywhere. This life is, for Afghan girls, like the one of prisoners who do not know when they will be released. We are waiting for the free, calm and good days that we had in the past," she says, adding that the only way out of this despair and darkness is to sleep with sleeping pills. "I sleep so that I may dream of freedom."

Homaira*, a civil activist in Afghanistan, says that the conditions for women are more difficult than ever. In the past women had civic activities in the community or even a small share in the society. Although the situation has never been mentally and intellectually calm, due to various reasons and conditions of the traditional society of Afghanistan, now, unfortunately, these worries and anxieties have multiplied.

"Despite the hijab that the Taliban have ordered (we respect it), there is a concern in my heart and in the hearts of all Afghan women who are now in Afghanistan. It's like an invisible thing that is present all day long, also in the most private moments," she said.

"All adult women and girls are forced to wear the Islamic hijab so that their eyes are visible. Women do not have the right to work in government offices, except in the health and other sectors that have direct contact with women, such as checking women at checkpoints. In the provinces, men's and women's dining halls are separated and family members are forced to eat in separate lounges. Women and girls do not have the right to use buses and city cars without a Muharram".

Sidiqa Mushtaq, a businessman and political activist, was one of the lucky women to leave Afghanistan in August 2021. She was a final-year student in Afghanistan and now she feels like a woman who has lost 21 years of hard work and has to start again.

With three children, she has now started studying outside of Afghanistan from scratch. "If necessary, I will study for another 21 years so that I can fight for the freedom of my country and return home one day," she says.

There are thousands of unanswered questions about Afghan women. Will the international community force the Taliban to respect human rights, especially women's rights? How long will the women's protests and the slogans of bread, work, freedom continue? What will be the future fate of women? What will happen to the issue of gender equality in Afghanistan? And why are women the most repressed group in Afghan society today?

The point is that, although the world is acknowledging the plight of Afghan women now, there is no way to save them from the quagmire of being imprisoned.

Rahel Saya is a journalist and a human rights activist, mainly focused on women's rights. After the Taliban took power on August in 2021, she left Afghanistan. She is currently based in Genoa, Italy.

* for security reasons the names of the women interviewed have been changed.