Murdered in Chechnya and Dagestan 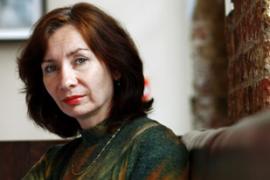 Zarema Sadulayeva and her husband Alik Zhabrailov had been kidnapped from the seat of the organization "Save the generation" which deals with the Chechen youths and is not involved in politics. They were found in the bonnet of their car: it was a true execution.
In Dagestan, at the border with Chechnya, Malik Akhmedilov of the Khakikat (Veriktà) periodical was murdered.


15th July
Human rights activist murdered in Ingushetia
Natalia Estemirova, a journalist, was abducted and killed after denouncing blatant cases of human rights violations in the Chechen war.
Of mixed Russian-Chechen parentage, she felt she could understand both peoples, therefore she had chosen to defend human rights in Chechnya.
After moving to Ingushetia, in 2000 she joined Memorial which she worked for until her death, documenting the crimes committed by the government-based militias. In 2005 the European Parliament awarded her and Memorial's founder Sergei Kovalyov with the Schuman prize for human rights, one year later she won the Politkovskaya Prize for women defending human rights at war. On such occasions she had appealed against the indifference towards Caucasus.

Following the threats openly addressed by Chechen President Kadyrov to the human rights activists and observers, defined as sworn enemies of the Chechen State and society, the director of Memorial Mr. Orlov made the decision to temporarily shut the organization's seat in Chechnya.