despite the Kremlin blocked it, it continues to inform millions of Russians about the war 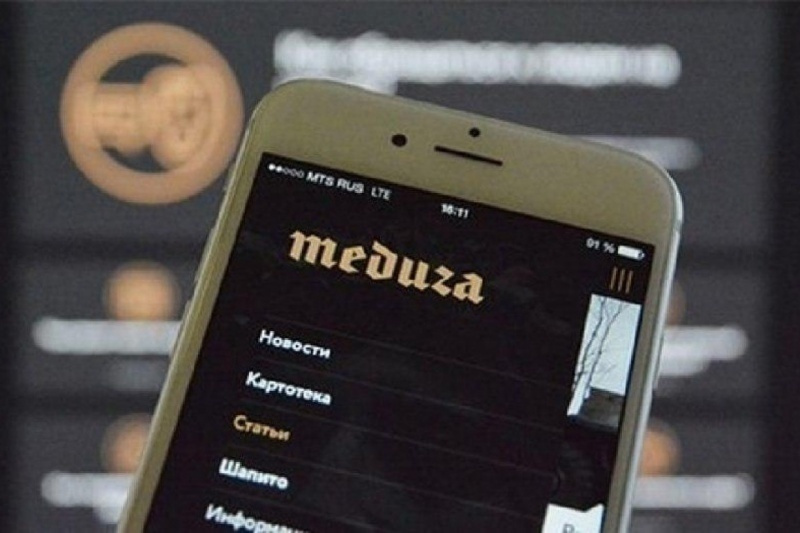 On Sunday 27 March an episode took place that we can evaluate as "important" within the war in Ukraine and "fundamental" for understanding the state of information in Russia.

After finishing the interview, reporters announced on social media that they would soon publish it. A few hours later, the Kremlin, through a note released by Roskomnadzor (the Russian telecommunications regulator), asked the Russian media to "refrain from publishing this interview".

Dmitri Muratov, Nobel Peace Prize laureate a few months ago and editor of the independent newspaper Novaya Gazeta, decided not to publish the interview, despite being the author of one of the questions Zygar asked the Ukrainian president.

Journalists abroad were instead able to publish it, exposing the extraordinary censorship efforts undertaken by Putin. It must be said that, in the structured censorial climate that grips contemporary Russia, the blocking of the interview has a further exceptionality, because it took place without the aid of a legal pretext that justified the non-publication order.

It is emblematic that Zelensky decided to grant the interview to Kolpakov of Meduza, who published it both in text form and on YouTube. The video platform is in fact still accessible in Russia (as opposed to the magazine's website) and therefore usable by everyone, at least for now. By having Kolpakov interview him, Zelensky was sure to reach a cross-sectional audience of Russians used to informing themselves and questioning government tissue.

Meduza's story is closely linked to that of its founder Galina Timchenko. Until March 12, 2014 Timchenko was the director of Lenta.ru, one of the most widely read digital media in all of Europe. When the owner, oligarch Alexander Mamut, decided to replace her, 39 employees (out of a total of 84) resigned, accusing the new director of being directly controlled by the Kremlin.

In October 2014, Timchenko founded, together with several former Lenta.ru journalists, Meduza, an independent magazine based in Riga and thus far from the grip of Russian censorship.

For years Meduza has been a news aggregator and content producer who has placed attention to sources, the effort to verify the truthfulness of information and independence - including economic independence - from Russian power at the heart of its work. It also collaborated in international investigations into the Kremlin's online trolling, the power structures around Putin and the disastrous handling of the pandemic in Russia.

To monitor compliance with the editorial principles, a supervisory board independent from management was created. Since its creation, Meduza has tried to survive through in-app purchases, crowdfunding and advertising.

The editorial strategies were totally undermined on April 23, 2021, when the Moscow Ministry of Justice added Meduza to the list of foreign agents. According to Russian law, readers must be informed of this status in every message, be it an article as well as a simple social media post.

By designating Meduza as a foreign agent, the Russian authorities “are trying to convince our sources that we are enemies of the state. The government wants them to believe it is dangerous to even talk to us. It is very likely that our new status will deprive us of many vital sources and complicate our access to leading experts", Kolpakov explained in an editorial. Not only that, in fact in this way many advertisers have renounced the purchase of advertising space within the publications.

Thanks to an effective crowdfunding campaign, supported by hundreds of thousands of Russian readers, Meduza continues to survive and, with the outbreak of the war, it has become even more a point of reference for Russian citizens who want to overcome the constraints of censorship and for international ones seeking an independent voice on Moscow affairs. According to some independent analyzes, in a few months the articles of the magazine exceeded 100 million views.

On March 4, the Kremlin definitively blocked access to the site, which in the meantime has become a valuable bulletin on the invasion, with updated news, analyzes, podcasts and field stories updated 24 hours a day.

As explained by Alexey Kovalev, an award-winning investigative journalist who has joined the Meduza staff since 2019, working with sources becomes increasingly difficult: after the entry into force of the law that provides for up to 15 years in prison for those who spread “Fake news”, people are terrified and don't want to talk to Meduza journalists.

Preventing independent journalism is "a process that has been going on for years," explains Kovalev. Yet "we only lost part of our readers because we educated them in the use of VPNs and because we started using other means to communicate, such as Telegram and our app".

Today all donations and income from Russia are blocked. Meduza continues to live off foreign donations (info here) and to fight to survive.