Farewell to David Sassoli, a President on the side of the Righteous 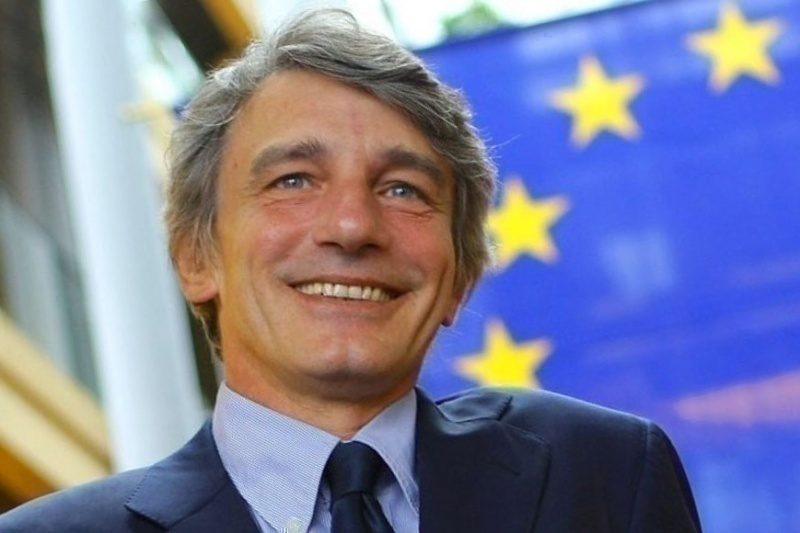 The Gariwo Foundation learns with deep sadness the news of the death of the President of the European Parliament David Sassoli.
First as a journalist, then as a representative of the European institutions, Sassoli put a deep civil commitment at the basis of his actions.

We remember him for having fought hard for human rights and for having been among the first signatories of Gariwo's proposal to establish a European Day dedicated to the Righteous of humanity, approved by the European Parliament on 10 May 2012.

“Gariwo is in mourning for the death of David Sassoli,” explains Gariwo President Gabriele Nissim. “It is difficult to think that we will no longer hear his voice in support of human rights in the world. Sassoli demonstrated that to be European one must first of all have moral courage, even if the interests of the most powerful are hurt.

He did so again recently, denouncing the persecutions in Russia and in particular the arrest of Navalny. Being European means never being silent when democracy and respect for others are at stake.

Today many are forgetting this and passively witness the rise of populists and all those who exasperate the pursuit of a worse nationalism.

Sassoli taught us that to defend freedom you always have to pay a price. Turning your head the other way in the face of totalitarian regimes, autocracies, undemocrats means making Europe die.

In Gariwo we are proud to have had him as our friend and we will strive to remember him on 6 March 2022 when we celebrate the next Day of the Righteous.

Sassoli has always remembered the mark left by those in Ventotene, in their Manifesto, who indicated the task of Europe after the Second World War …

Today I would like to remember with him how many are faithful to these ideals. The idea of the Righteous is in fact part of the highest value of European culture which has put the role of the individual and his possibilities in the first place ."

Sassoli's belief that the example of the Righteous can be a bulwark for the defense of fundamental rights has always been evident. From this perspective, we remember the message launched on the occasion of the Day of the Righteous in 2021:

“On 10 May 2012 the European Parliament established a Day dedicated to all those who have distinguished themselves for their civil and social commitment, for all those who with their testimony and their opposition to totalitarianism, persecution, discrimination, building walls sacrificed their lives and managed to make a difference in societies where violence, intolerance, racism and oppression reigned. We never stop fighting for a fairer society, and a fairer society is fairer, and even more supportive ”.