the denounciation of Anna Politkovkskaya's son 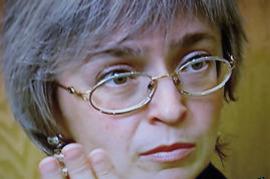 Four years have passed since the barbarian murder of Anna Politkovskaya, the journalist who reported the massacres of civilians in Chechnya. The masterminds have remained unpunished until today. On the anniversary of her death the chief investigator Alekrandr Bastrykin's office admitted that the inquiry was carried out in a hurry and the case deserves reopening.

The Editorial Staff of the Gardens of the Righteous Worldwide Committee contacted her son Ilya Politkovsky who uttered critical words towards nowadays Russia: "There is no freedom of expression and the censorship which my mother struggled against still exists. The situation worsens more and more.

A proof of the situation is the fact that also the trial against my mother's killers is always at a standstill".

Russian journalists are assaulted also by ultranationalists as thoroughly reported in Russian trial to bare a face of nationalism, by Michael Schwirtz, The New York Times, 19 February 2011

Dr. Halima Bashir was awarded the recognition in memory of the reporter by the association RAW (Reach All Women in War). Halima Bashir is a Sudanese doctor who was assaulted and raped for denouncing the rapes perpetrated by Omar Bashir's Janjaweed militias against little girls in Darfur.