Bauer: "Netanyahu not a gifted strategist" 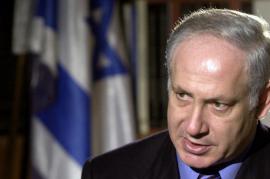 
Is it ignorance or manipulation when Prime Minister Benjamin Netanyahu, in speeches to the American Israel Public Affairs Committee, cites the opposition of the Roosevelt administration to bomb Auschwitz-Birkenau in order to hint at the Obama administration’s refusal to support Israel’s bombing of Iran?


“Netanyahu doesn’t know history, even though he is the son of a historian, reads a great deal and is extraordinarily intelligent. Netanyahu is an ideologue and a tactician, but not a gifted strategist. As an ideologue, he believes wholeheartedly that we should rule the whole of the Land of Israel. If we had had a state in 1939 with half a million inhabitants, it might have been possible to mobilize two divisions and maybe someone would have donated money − I don’t know from where − to create a bomber squadron. In 1942-1943, Germany had five million soldiers and about 6,000 military aircraft. We also have to remember that it was not possible to get Jews out of occupied Europe and bring them to Palestine.”


The interview goes on between Holocaust history and proposals for nowadays reality, including the Mid-eastern conflicts and life in in Israel, Gaza, West Bank and Syria. Read the full text in the box below.