charged with spying by the Syrian government 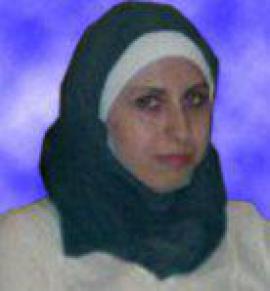 Update 12 February
Tal al-Mallouhi, 19-year old Syrian blogger, was sentenced to 5 years jail for 'collaboration with a foreign Country', i.e. the United States, by the Supreme Security Court of Damascus.
Human Rights Watch said the blogger was held in isolation for long and also US President Obama took her sides.

30 December 2011
Syria, 19-year old blogger in jail
she talked about democracy and freedom
Syria held a 19-year old blogger, Tal al-Mallouhi, last December, 27. The charges against her have been revealed only today: the young woman is accused of spying for a foreign power.

According to a governmental source, “her spying activity led to an attack to an officer of the Syrian army by agents of this power".

Two days after her arrest police seized her books, cds and dvds. According to Syrian activists and her family, the young woman was detained for publishing a poem criticizing the lack of freedom of expression in the Country. On the homepage of her site there are a picture of Gandhi and a poem in praise of Jerusalem. Amnesty International launched an appeal for her release, pointing out that the young woman may face torture and suffers from tachycardia.


See the links in the box below