The Enough Project and the prevention of genocides

by Patricia Garrity and Niccole Rovero 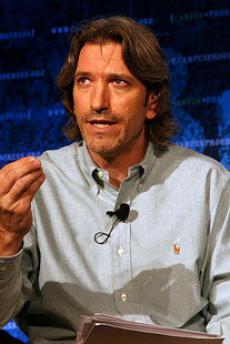 Before the re-election of Obama we saw on Internet that some human rights experts prepared a vade mecum on the respect of the fundamental rights directed on the future President of USA. We liked this idea and we wrote to John Bradshaw who dealt with the creation of the Atrocities Prevention Board (APB), the committee established by Obama in his first mandate.

Bradshaw heads the Enough Project, whose objective is to prevent crimes against humanity in Africa. We decided to publish a presentation of this project. We want to remind that Enough involved some popular figure, like John Prendergast, a famous American basketball player who works for the prevention of genocides in Africa, helping lots of people and dispelling the myth reported on New York Times, that says today world is “tired of talking about human rights”.
Here is the presentation of Enough made by Patricia Garrity and Niccole Rovero.

Today, in addition to the fighting in Syria, brutal conflicts in the Democratic Republic of the Congo, Sudan, and areas of Central Africa that are plagued by Joseph Kony's Lord's Resistance Army continue to result in the death and displacement of hundreds of thousands of people, especially affecting women and children. These kinds of conflicts cross borders and perpetuate regional instability, inevitably drawing in U.S. diplomatic, humanitarian, and sometimes military resources. To address these crucial conflicts, a coalition of actors came together from student activists to advocacy organizations and former policymakers to work for a lasting end to the world’s worst conflicts. At the Enough Project, we fight to end genocide and crimes against humanity, focused on areas where some of the world’s worst atrocities occur. Enough conducts extensive field research in countries plagued by genocide and crimes against humanity, develops practical policies to address these crises, and shares sensible tools to help empower citizens and groups working for change. By working with concerned citizens, advocates, and policy makers, we work to prevent, mitigate, and resolve these crises.

Beyond developing policy and strategies, Enough believes in engaging young activists to demand change. Through the Raise Hope for Congo (RHFC) campaign and Darfur Dream Team Sister Schools Program (DDT), Enough empowers young people to be the change that they seek. Raise Hope for Congo aims to build a permanent and diverse community of activists who will advocate for the human rights of all Congolese citizens and work towards ending the ongoing conflict in eastern Congo. RHFC is building a grassroots movement of activists in the U.S. and Congo to call for an end to the conflict and sexual violence in eastern Congo. The Darfur Dream Team Sister Schools Program is an initiative linking middle schools, high schools, and universities with schools in 12 Darfuri refugee camps in eastern Chad. DDT aims to provide a quality education to every refugee child from Darfur, and to develop personal connections between students from Darfur and the U.S. to promote mutual understanding.

Through Rwanda, Bosnia, and, most recently, Darfur, the U.S. government pledged to never again stand by and watch acts of genocide being carried out, but we have struggled to develop an effective strategy for fulfilling this promise. In April, President Obama announced at the United States Holocaust Memorial Museum the establishment of an Atrocities Prevention Board (APB), with a mandate to utilize civilian tools such as diplomacy and development to improve the government’s ability to detect and respond to early signs of mass atrocities. By consulting with civil society organizations, the APB will support multilateral conflict prevention, peacekeeping, and peace-building capacities; improve rule of law and civilian security; and integrate genocide prevention and longer-term conflict prevention.

At the Enough Project, we applauded the President’s initiative to work with all organizations that are a part of the mission to fulfill the promise of ‘never again’. Co-Founder John Prendergast congratulated the President saying, “This is a crucial step by the Obama administration to institutionalize a more proactive response to mass atrocities.” Executive Director John Bradshaw said that by creating an interagency board, the administration is making a concrete statement that preventing mass atrocities and genocides is a core national security interest. “This is a historic step forward, but the Board will only fulfill its potential and have real impact on the ground in areas beset by violent conflict if it involves the most senior decision-makers.” As we continue to work to see the end of the world’s worst conflicts, the Enough Project continues to innovate, inform, and advocate for lasting solutions.