The courage to care, the resolve to act 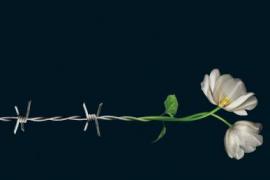 Holocaust Remembrance Day of 2013 is set to remember the Righteous and their rescue deeds. The theme of the Day, Rescue during the Holocaust: The Courage to Care, aims in fact at honouring all those who risked their lives to rescue Jews and other persecution victims.


UN Secretary General Ban Ki Moon took part in the ceremony for Holocaust victims held in the Synagogue of New York. On this occasion he recalled that "mass murder operations witnessed the participation of many people of different levels, from military leaders to common citizens who collaborated with the Nazis or simply pretended not to see", but that this has not prevented several individuals from becoming active and engaging personally in the rescue of Jews.


Ban Ki Moon did not only praise well-known figures, like Raoul Wallenberg, but also all those "unacknowledged heroes", men and women of different nationalities and social statuses who with theur courage offered a fackle of hope in one of the gloomiest times in history. "In a world in which violent and hatred deeds are a daily matter we feel the necessity to draw inspiration from these ordinary people who have carried out extraordinary things for the defense of human dignity".


The programme of the United Nations Holocaust Remembrance Day consists in a series of events such as exhibitions, screenings, educational activities and the official ceremony of 25 January dedicated to those who with their courage have showed the whole human kind that it is always possible to make a choice in favour of human dignity. Among the most famous personalities there is Jan Karski, messenger of the Polish resistance during the nazi occupation of the country and Righteous among the nations since 1982.


During the ceremony at the Synagogue Ban Ki Moon remembered other genocides that have followed the Holocaust. In particular the Secretary General dwelled on the massacre of Srebrenica, considered as the major genocide case in Europe since World War Two. "The shadow of Srebrenica has added to those of Rwanda, Cambodia and the Holocaust - concluded Ban Ki Moon - Every time we hear say 'Never again', but can we really say we have learnt the lesson from these tragedies? As the international community, have we got the courage to care about this, or the resolve to act?".