The consequences of genocide 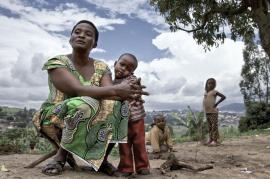 The aftermath of genocide in Rwanda (picture by Woldphoto)

From 19-22 June 2013,  University of Siena. The city of Siena will host the 10th congress of the International association of genocide scholars (IAGS).


The debate between over 200 scholars from al lover the world, revolving on the topic The Aftermath of Genocide: Victims and Perpetrators, Representations and Interpretation – is aimed at proposing a discussion of the ways in which societies have represented and interpreted genocide in the different contexts.


“The way in which societies have faced the violence and massacre of the past – reads the association’s website – is one of the features of genocide study that needs be interpreted, analysed and deepened. The representations and interpretations of these facts shape the way in which societies perceive their own past, and this influences also their behaviours, in an era in which the role of communication is stronger and stronger, the representations (such as narrative, pictures, arts) often are the sources of information about the past for the younger generations”.


The congress in Siena will be attended by such experts as Adama Dieng, United Nations special advisor on genocide prevention, Pietro Kuciukian, Honorary consul of the republic of Armenia to Italy, Hayk Demoyan, director of the Museum of the Armenian Genocide in Yerevan, Marcello Flores, historian and professor at the University of Siena, Youk Chhang, director of the documentation centre about the Cambodian genocide, and Nur Kholis, buman rights commissioner in Indonesia, who will work in different panels according to the theme of their studies.


The aim of the congress, according to IAGS, is to help “understand the meaning of the atrocities that genocide produces not only in its course but also after genocide itself: revenge, hatred, fear, reciprocal stereotypes, denial, mistrust and suspicion”. Read full programme in the box below