The appeal of many Armenian and international intellectuals to European leaders 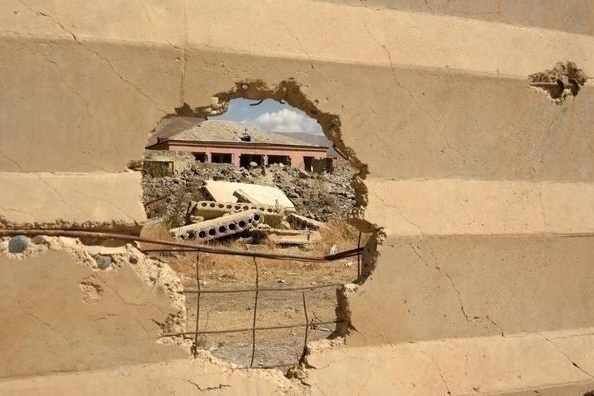 In an open letter to European leaders, Armenian and Armenophile personalities invite to measure the urgency of the situation in Nagorno-Karabakh. Azeri troops continue to amass on the front line, from North to South of Armenia, in view of an imminent offensive, they warn.

The Turkish-Azerbaijani troops massed on the borders of Armenia and on Armenian territory itself are ready to attack. Armenia and its population are threatened with annihilation by the coalition Turkish and Azeri governments. This risk of crime against humanity places the West and more particularly Europe before a historical responsibility.

On the morning of September 20, 2022, the authorities in Baku published the new flag of the southern regions of Armenia which they intend to annex and gave them a name: “Republic of Goycha-Zangazur“. This will be done at the cost of ethnic cleansing. In order to terrorize the population, the Azerbaijani army commits atrocities that are filmed and broadcast on social networks. A barbarity that refers to the crimes perpetrated in 1915 and to the other genocides that marked the XXe century. For lack of having been condemned after the genocide of 1915, anti-Armenian racism still feeds the circles of power in Azerbaijan and Turkey.

The recent visit to Armenia by the Speaker of the United States House of Representatives, Madam Nancy Pelosi, gave hope for a respite from the Azeri attacks. But the immediate resumption of bombardments shows that Azerbaijan and Turkey have not given up on a new war.

Despite urgent calls from Europe and the United States, Azerbaijan continues to concentrate troops on the front line, from north to south of Armenia, in preparation for an imminent offensive, with the complicity of at least “passive from Russia. President Aliyev has publicly called Armenians “dogs that must be driven out of the regionthus manifesting his intentions of ethnic cleansing. It is today that we must act to save this country. Tomorrow may be too late. Many hopes were pinned on Europe. But everything indicates that Brussels is ready to sacrifice Armenia on the altar of its energy interests.

On July 18, 2022, the President of the European Commission, Ursula von der Leyen, traveled to Baku to beg for additional deliveries of hydrocarbons. Agreements have been made when it is public knowledge that Azerbaijan markets Russian oil, thus evading European sanctions with the complicity of its authorities. We fear that, faced with the risks of crimes against humanity hovering over Armenia, Europe is adopting a diplomacy of renunciation. Azerbaijan is taking advantage of diplomatic dithering and the European Union’s interest in its hydrocarbons to multiply facts on the ground. It is therefore necessary to come out of neutrality and clearly show the finger who the aggressor is.

It is also necessary, gentlemen Presidents, that you go on the spot, to Yerevan, to dissuade Baku from launching what it considers should be the final assault taking advantage of a report of military forces which is very favorable to it. We launch an urgent appeal to you to use all your influence so that Europe avoids what threatens to become the greatest humanitarian catastrophe of this beginning of the century; to denounce Turkish-Azerbaijani aggression; so that it preserves the territorial integrity of Armenia; so that it accelerates the strengthening of ties with it, with its accession to the European Union as its horizon.

Each of us is responsible to History. In the first place, the women and the politicians who write it by their acts. This is why we ask you, Mr Presidents, to do everything possible to ensure that Armenia continues to live by carrying the values ​​of peace and democracy which are those of Europe and which it defends at the gates of our continent.