comparative genocide studies at the university of Yale 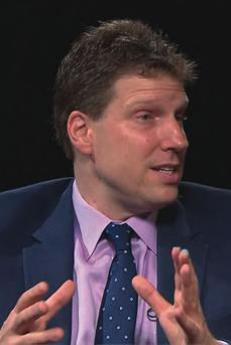 Interview with prof. David Simon, Director of the Genocide Studies Project of the prestigious University of Yale, about he ISIS threat, the doctrine of "Responsibility to Protect" and the latest developments in the studies about Armenia, Cambodia and Rwanda. With a wish: that US students plant trees for the Righteous in their faculty campuses.

How did your Genocide Studies Project start?

It began with the work of our founding director, Ben Kiernan, who collected a massive amount of information about the Cambodian genocide, back in the 1980s. He realized that the study of these materials was consistent with what others were just starting to do at that point, which was to study genocide comparatively. The genocide studies center was then founded with the support of Yale University.

What kind of experience do you have about studying Cambodia? And how do you view the current efforts to obtain justice about the Cambodia genocide?

I have relatively little experience studying Cambodia, myself. Professor Kiernan, on the other hand, is one of the foremost scholars of the country and its genocide. As far as the Cambodia Tribunal, these are important efforts, and have helped bring some understanding and reckoning with the past to people in Cambodia. I think the efforts could be much more ambitious, but political issues have gotten in the way.

I view the ICTR as having played an important part in establishing a global consensus regarding the basic elements of the genocide in Rwanda. I do wish that it had been able to convict more leaders of Conspiracy to Commit Genocide, as I think there is no doubt that the genocide in Rwanda reflected intricate planning prior to 7 April 1994. I also think the question of whether possible crimes by the RPA could have been tried was poorly handled. Either they should not have been within the court's mandate from the beginning, or there should have been a complete public investigation.

Could you give us an example of how you deal with genocide cases?

Do you hold any special events to commemorate genocide cases?

Do you deal with the theme of civil courage or moral opposition to genocide?

We focused our seminar series on "rescue" in 2008, and held a symposium on the subject in 2009. One of the main participants in those events has undertaken a project to publicize the roles of people of moral courage during different genocidal settings.

How many students do undertake Genocide Studies?

We do not offer degrees, or classes under a "Genocide Studies" heading. Affiliated faculty like myself, Prof. Kiernan, or Pro. Timothy Snyder do teach genocide-related classes, but within our respective home departments.

Is there somebody at your department, who follows the themes of Obama’s Responsibility to Protect or Genocide Prevention in general? What are your recommendations about these policies?

I have worked on that to some extent. (I would take issue with the idea that is it "Obama's Responsibility to Protect." The doctrine has been around since around 2001, and was approved by the UN General Assembly in 2005 -- 3-1/2 years before Obama became president!) I recommend that all countries incorporate some version of "Responsibility to Protect" into their own foreign policies, and that the UN reform its Security Council in some way that, among other objectives, makes it more difficult either to abuse the responsibility or to neglect it.

Do you agree with prof. Yehuda Bauer, who puts forward a proposal to talk about mass atrocities instead of genocide, to make sure more cases are dealt with by the international community, also through intervention?

I do agree. People being killed arbitrarily ultimately don't care if their death is consistent with a 1948 UN convention. The rest of the world should not only care about about cases of genocide. (and should spend less time arguing over whether that specific definition has been met, except in a court of law considering a charge of that particular crime).

What do you think of the ISIS? Do you think it is a new kind of Nazi regime? How could the world act to face the Lybian and Syrian crises?

I seems pretty clear that ISIS is committing genocide, both in specific instances and in its ongoing manner of persecuting members of certain groups. I don't know if it is at all helpful to compare the group to the Nazi regime, except to say both embrace reprehensible notions of social exclusion and both evidently fail to recognize the inherent and universal value of human lives.

Yale professor Timothy Snyder has become very popular thanks to his essays, including the recent Black earth. Would you like to indicate other relevant publications?

Prof Kiernan's book Blood and Soil, though a little bit older, is an essential volume of comparative genocide studies.