The international tribunal at The Hague rejected Ratko’s appeal and confirmed its 2017 verdict, convicting the “Butcher of Bosnia” of genocide, crimes against humanity, and war crimes 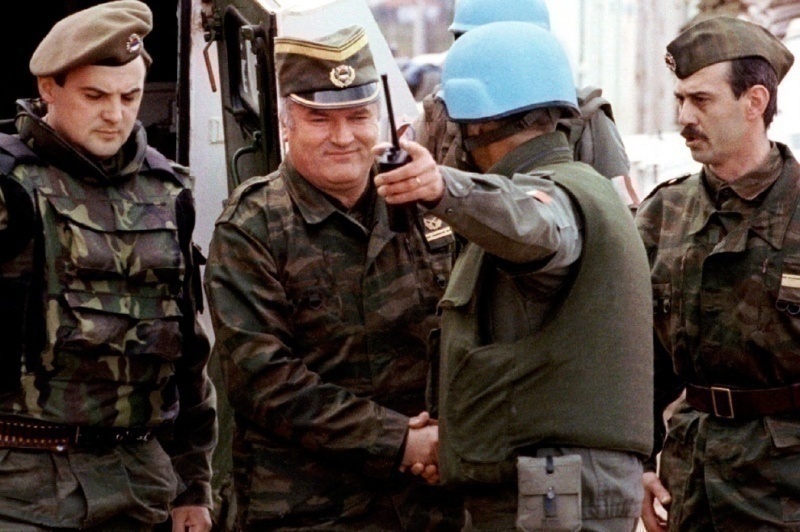 On Tuesday, an international tribunal upheld the conviction of the former Bosnian Serb commander Ratko Mladic, sentenced to life prison on charges of genocides, crimes against humanity, and war crimes. In 2017, Mr Mladic had appealed his conviction. On Tuesday, the UN’s International Residual Mechanism for Criminal Tribunals at The Hague (which replaced the International Criminal Tribunal for the Former Yugoslavia, closed in 2017) rejected his appeal and confirmed its first verdict.

The sentence comes nearly three decades after Europe’s first genocide since WWII, which occurred during the war in the Balkans (1992-1995). The trial brought to an end one of the grimmest chapters in modern European history, as well as a legal struggle that started in 1995 when Mr Mladic was first indicted and managed to evade justice for 16 years. Captured in 2011, Mladic was sent to The Hague for the trial and always remained unapologetic.

Ratko Mladic was the military commander of Bosnian Serb forces, which acted against Bosnian Croat and Bosniak (Bosnian Muslim) armies. He was convicted on a number of charges, including genocide, murder, extermination, forcible transfers, hostage-taking, terror, and unlawful attacks on civilians.

In particular, Mr Mladic was found guilty of the siege of Sarajevo between 1992 and 1995, when he commanded the troops responsible for the atrocities that killed more than 10,000 people and of the Srebrenica massacre in 1995, a mass execution of more than 8,000 Muslim men and boys. The prosecutors wanted the court to add another genocide verdict to include the bloodletting of 1992, with around 45,000 people killed in the deadliest year of the Balkans’ war. The trial saw the panel voting 4 to 1 to reject Mr Mladic’s appeal and uphold his conviction and life sentence.

Since 1995, more than 160 people have been indicted, around 80 trials were carried out, and more than 5,000 witnesses have testified and offered their accounts of the atrocities they went through. Mr Mladic’s conviction is final and follows the historical verdict against Radovan Karadzic, the Bosnian Serb leader whom the International Criminal Tribunal for the Former Yugoslavia found guilty of genocide in 2016. Mladic will now be sent from The Hague to one of the European countries that have agreed to take tribunal prisoners.

US President Joe Biden said that “historic judgment shows that those who commit horrific crimes will be held accountable. It also reinforces our shared resolve to prevent future atrocities from occurring anywhere in the world.”

Collective memory and the victims

The figure of Mladic is highly divisive, and so is the legacy of his actions. To some Serbs in Bosnia, he is a war hero. To the Bosnian Muslims, he is responsible for their devastating suffering and losses. Beyond Bosnia and the Balkans, far-right supporters and terrorists refer to Mr Mladic as their role model: Brenton Harrison Tarrant, the Australian man who slaughtered dozens of Muslims in Christchurch, New Zealand, in 2019, believed to be inspired by Bosnian Serb leaders and so did Anders Breivik, the white supremacist who killed 77 people in Norway in 2011. Serge Brammertz, The Hague’s court chief prosecutor, said that “today, glorification and denial of genocide are very much stronger than five or 10 years ago — and I have been in this job for 13 years.”

To the victims of the war in the Balkans, the trial against Ratko Mladic has been a “day of justice”, as Benjamina Karić, Sarajevo’s Mayor said. In general, survivors and the victims’ relatives welcomed the trial and the final verdict as a long-awaited affirmation of justice. Among the victims’ relatives, the mothers of many of the boys killed in the Srebrenica massacre watched a television broadcast of the final verdict of Ratko Mladic at the Srebrenica-Potocari Genocide Memorial Center.

In 1996, many women who lost their sons and relatives in Srebrenica founded the association Mothers of Srebrenica to gather the survivors and family members of the victims who have disappeared or been killed in Srebrenica and, more in general, between 1992 and 1995. Mothers of Srebrenica became active in a wide range of other activities, ranging from their participation in postmortem exhumations, the identification process and burial of victims, as well as their engagement with economic, social, and health issues, as well as education of children of its members. The Mothers of Srebrenica also filed a civil suit to receive compensation and the acknowledgment of the responsibility of the Government of the Netherlands and the United Nations. Finally, they brought the European Parliament to proclaim the 11th of July as Day of Mourning in Bosnia and Hercegovina.

Today, as the years go by, the Mothers of Srebrenica are disappearing, and the Srebrenica Memorial Center is increasingly empty. For example, Hanifa Djogaz, who lost her children and her husband in Srebrenica and could not speak for days after her loss, passed away last January and could not listen to the sentence against Mladic. Likewise, Hatidza Mehmedovic, former leader and justice advocate for the Mothers of Srebrenica, who lost her husband and sons in the massacre, passed away in July 2018, a year after the first verdict against Mr Mladic. Also absent were Nura Alispahic, Kada Ramic, who respectively passed away in October and December 2020, and Emina Merdzic, who passed away on June 7, just hours after the final judgment. One by one, the Mothers are leaving. Yet their battle remained enclosed in the flags hanging on the fence of the Hague Tribunal where the Mladic trial was held: flags of the Republic of Bosnia and Herzegovina, with the names of the places where crimes and mass atrocities were committed. In order not to forget, to redeem the "never again" promise.