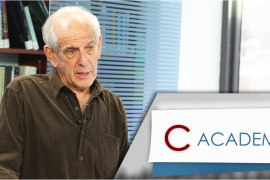 Professor Yair Auron is a genocide researcher, as well as the founder of Gariwo Israel. In a Haaretz article of 10 July, he reflects on the cloak of amnesia still covering the awareness of the genocide perpetrated in the Bosnian enclave of Srebrenica 20 years ago.

After recalling the ordeal of Mrs. Mehmedovic, a genocide survivor who lost all his family on 11 July 1995 and now fights for justice with her association Mothers of Srebrenica, he argues:

Saturday marks 20 years since the Srebrenica massacre – the first and only genocide so far in Europe since the Holocaust. “How is it possible that this could happen in our times?” asks Mehmedovic rhetorically. “Here, after what happened to you (the Jews) in the 1940s at the hands of the Nazis. The silence and the denial continue,” she says, pointing an accusatory finger at the entire world and at in particular at Europe, which has not done enough, according to her. “The whole world shut its eyes, knew and kept silent.”

What could be done against denial? Mehmedovic says that in her association,

about 200 women are members. They, too, like Mehmedovic, came home with no family. “From here I want to preserve the memory of my dear ones and the other victims,” she says. “From here I will continue to fight against the silence, the lack of action and the denial.” In the wake of the Dayton Agreement, in Bosnia and Herzegovina (as it is known today), one state was established, in which the are two entities: The Federation of Bosnia and Herzegovina and the Republika Srpska, which now controls Srebenica and where most of the inhabitants are Serb in origin. The capital of the country, Sarajevo, is in the Federation of Bosnia and Herzegovina.

International justice established that "there was no safe place in Sarajevo", explains the article, in a verdict of the International Court for the former Yugoslavia. And unfortunately, part of the responsibility for that can be placed on Israeli policies.

According to General Mladic’s diary, Israel had a direct relationship with the Serbian forces at the time they were committing war crimes and crimes against humanity. The diary was published as part of the trial there of Dusan Kovacevic, the Republika Srpska defense minister during the war. Mladic wrote that Israel had contacted Kovacevic four months before the genocide in Srebrenica.

Yair Auron, already engaged in the struggle to convince Israel to recognise the Armenian genocide, and strong of the fact that Srebrenica was legally labelled a genocide, wants to make sure Jewish state fights denial of Srebrenica. So, he writes:

In the world after Auschwitz, as people continue to recite the slogan “Never again” in many languages, it is possible that ethnic cleansings, war crimes, crimes against humanity and even genocide will happen again and again, but Mehmedovic is not seeking revenge. She fights hatred when she feels it rising up within her. “It does more evil to the victim,” she says. She is focusing her war against the silence surrounding the massacre. “Teachers who took part in the murder went back to teaching in schools, in some which the Bosnians were confined and murdered,” she relates. According to her, now all that is left are remains, bits of bones, and the children do not know what happened in their school in 1995. “But I did not marry bones and I did not give birth to bones,” she exclaims.