in the year of the Mladic trial 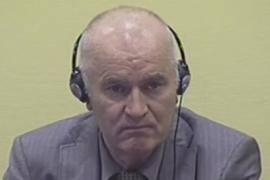 On 11 July Bosnia commemorates the 1995 massacre when Ratko Mladic and Radovan Karadzic directed their troops into the first UN"protected area" in history, Srebrenica, a Muslim enclave in the East of the Country.

Here nearly 8.000 Bosnian men and young males in their teens were killed by the Serbian forces of Bosnia. The 17th anniversary of the mass murder is marked by the activity of the International Tribunal for the Crimes in the ex Yugoslavia, The collapse of the federal State founded by Tito claimed the lives of 100 thousand people.


The Tribunal for the Crimes of ex Yugoslavia stated that the Serbian-Bosnians perpetrated "genocide" in Srebrenica. Facing setbacks and stops caused by clerical errors and other problems, the Court is trying to prosecute military commanders Ratko Mladic and Radovan Karadzic for war crimes and crimes against humanity.


On 9 July in The Hague the Court heared the first witness of the Prosecution, 34-year old Elvedin Pasic, who survived the execution of about 150 people in Grabovica in Northern Bosnia in 1992. The hearings will be held until 20 July, when the Court will adjourn for Summer holidays.


The genocide is officially commemorated in the Potocari Memorial. The authorities will bury 520 victims who have recently been reexhumed from mass graves. Uptil now 5.137 corpses have been buried in Potocari.


Nearly 30,000 people are expected to take part in the ceremony, many of whom have undergone serious traumas for the loss of their loved ones and the violence that has caused it. Sevdika Halilovic, who went to Potocari to mourn her father, said to a Le Monde journalist in tears: "It is an endless pain. And everytime 11 July approaches, it becomes unbearable".