after war crimes, crimes against humanity, genocide and crime of aggression 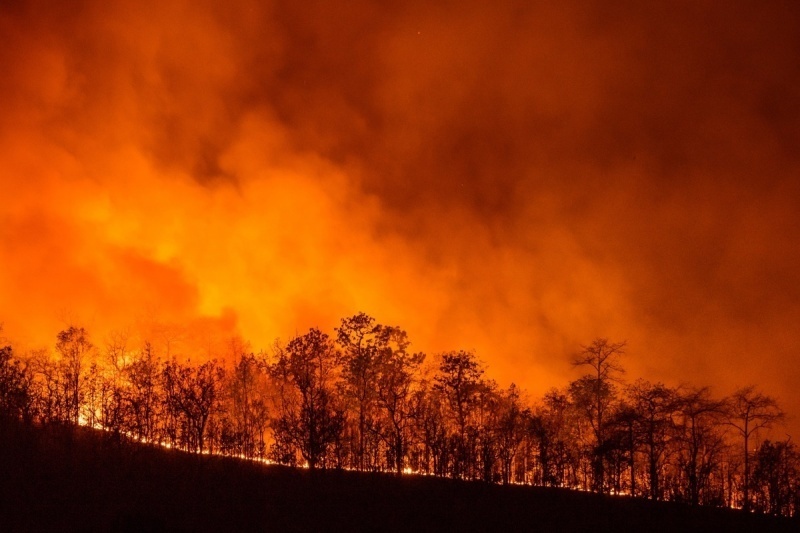 A law to recognize ecocide was proposed as early as 1972 by the late Swedish Prime Minister Olof Palme. The issue was only discussed again in 1996 during the first drafts of the Statute of the International Criminal Court (CPI) in Rome. After that year, the law was removed due to the opposition of three states: the United Kingdom, France, and the Netherlands.

In “Laudato si”, Pope Francis's second encyclical written in the third year of his pontificate and published on June 18, 2016 (although it bears the date of May 24, 2015, Solemnity of Pentecost), the Pope deals with the issue of the recognition of certain crimes to safeguard the planet. Some small island states, such as Vanuatu and the Maldives, also called for more attention regarding this crime in 2019.

Polly Higgins (1968-2019), a Scottish environmental lawyer expert in ecocide crimes, was the co-founder of Ecological Defense Integrity (Edi), the only NGO in the world that fights for the recognition of ecocide recognized as an international crime. EDI manages Stop Ecocide, a global financing platform created to finance the law on ecocide. Thanks to her legal and professional experience in court, in 2010, Higgins presented her proposal to the United Nations to ask for the recognition of ecocide as an international crime. Unfortunately, her proposal did not achieve the desired effect. In April 2019, Higgins died of cancer at the age of 50. In these six months, Stop Ecocide has brought together a group of experts of climate justice and international law from all over the world, to formulate a draft law that would give an official definition of “ecocide”. The 12-member group is coordinated by Philippe Sands, a lawyer who has dealt with pending cases before the CPI and the European Court of Justice, and Dior Fall Sow, a former United Nations international prosecutor.

On 23 June, an agreement was reached on the final text of the definition of ecocide as an international crime. The legal definition of ecocide is as follows: “unlawful or wanton acts committed with knowledge that there is a substantial likelihood of severe and widespread or long-term damage to the environment being caused by those acts”. Coordinator Philippe Sands, a professor at University College London, explained to The Guardian: “The four other crimes all focus exclusively on the wellbeing of human beings. This one of course does it, but it introduces a new non-anthropocentric approach, namely putting the environment at the heart of international law, and so that is original and innovative. “For me the single most important thing about this initiative is that it is part of that broader process of changing public consciousness, recognizing that we are in a relationship with our environment, we are dependent for our wellbeing on the wellbeing of the environment and that we have to use various instruments, political, diplomatic but also legal to achieve the protection of the environment.”

If the International Criminal Court of Rome agrees to change the statute by inserting the legal definition of the crime of genocide, each of the 123 states that have ratified the statute will be able to make an amendment. After the modification, the amendment will be examined by the assembly of the International Criminal Court, where a two-thirds majority is required for approval.  Ecocide could therefore become the fifth international crime, together with war crimes, crimes against humanity, genocide, and the crime of aggression. Besides, it would become the first new international crime recognized after the Nuremberg trial to the Nazi hierarchs. Some examples of ecocide can be the deforestation of the Amazon, poaching of a protected species, a large oil spill from a tanker.