Hungary is no more a republic 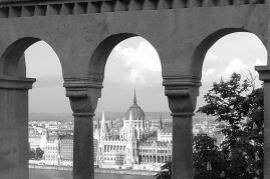 The Parliament (photo by Bu Yousef)

Approval of the new Constitution of Hungary, member State of the EU and Nato. The document replaces the Communist Constitution of 1949 and, as Italian journalist Andrea Tarquini points out, the constitution "doesn't call the State a republic anymore, and on the contrary it identifies the political nation with the ethnic one".

Furthermore, says an article in the Budapest Business Journal, the constitution “undermines democratic political competition and makes political change more difficult by transforming institutional structures; it weakens the system of checks and balances and alters the framework of the political community by extending the right to vote”.

"Amnesty International - continues the same article - was among several human rights groups that expressed concerns about other points of the draft, calling parts of it “especially disconcerting” - for example lifetime prison sentences without the possibility for parole for violent crimes and a ban on discrimination does not specifically mention age or sexual orientation".