the obstacles on the way to international justice 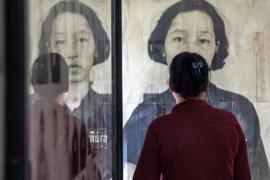 A visitor in the museum of S-21 prison

40 years ago on 17 April the Khmer Rouges of Pol Pot entered Phnom Penh, setting on the outbreak of the Cambodian Genocide that from 1975 to 1979 led to the death of nearly one inhabitant out of six of the South-Eastern Asian country. As soon as they deposed the government in charge, the so called “Big Brothers” put in place a regime of terror through the elimination of the religious minorities and the elements linked with the thousands people from the urban centers to the countryside. In Cambodia the Khmer Rouges did create a system of concentration camps, based on “rieducation” centers like the notorious S-21 jail, run by “Big Brother” Duch.

40 years later, the Cambodian government is still accused of perpetrating torture, murders, arbitrary arrests, summary trials, censorship and crackdowns on freedom of association. Prime Minister Hun Sen, former official of the Khmer Rouge regime, on power in Cambodia for 30 years, despite enabling a modest economic growth, is turning the country into an authoritarian, single-party State. Human rights groups like Human Rights Watch accuse Hun Sen also of obstrubting the trials of the Extraordinary Chambers in the Courts of Cambodia, also recurring to delays and corruption, to prevent judgement over the crimes committed by the Khmer Rouges.

The road to justice in Cambodia has been disseminated with obstacles since the regime’s collapse in 1979, followed by ten years of Vietnamese occupation. The new leaders immediately called for a trial against the Khmer Rouges to give themselves legal and moral legitimacy while the international community was against the invasuon. Thus they sentenced to death under the charge of genocide the two highest officials of the Cambodiian regime, Pol Pot and Ieng Sary. It was though human rights violations of the new regime that were in the spotlight at the time, and the international community focused more on the attempt to destabilize the Vietnamise than on the start of trials against the Khmer Rouges.

The withdrawal of the Vietnamese troops led to the Peace Deal of Paris in 1991, paving the way for the first democratic elections, held in 1993. The text of the Deal, however, still lacked any reference to the responsibility for the crimes perpetrated by the “Big Brothers”. Only in 1997, Hun Sen’s government demanded help from the United Nations to start new trials, yet refusing to establish a completely independent Tribunal. After a difficult negotiation between the Cambodian authorities and the then UN Secretary General Kofi Annan, in 2001 the National Assembly started a court to judge over those crimes, the Extraordinary Chambers in the Courts of Cambodia. The final deal with the United Nations was signed in 2003, and the Chambers took office in 2006 following a mixed formula – i.e. with the participation of both domestic and international judges.

The recent charges issued by the court were on the count of Ao An, Im Chem and Meas Muth, for crimes against the humanity and war crimes.

After over 9 years and and expenditure of over 205 million dollars, the Court however managed to try only 5 leaders of the Khmer Rouges: Kang Gech Iev (or the “Big Brother” Duch), sentenced to life in jail; Nuon Chea, number two after Pol Pot, and Khieu Samphan, former Head of State, currently on trial for genocide (the verdict is expected for half of 2019) and waiting for appeal after the sentence to life imprisonment for crimes against the humanity; Ieng Sary, who died while in custody; Ieng Thirith, sister-in-law of Pol Pot and wife to the Minister of foreign affairs of the Khmer Rouges, who after 5 years of detention was declared mentally unable and released.