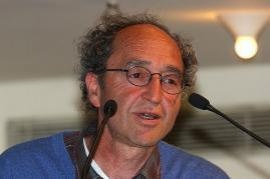 Dogan Akhanli, German writer and activist of Turkish descent, has been jailed in Istanbul since August, when he entered Turkey to visit his father.

Akhanli wrote two novels on the Armenian Genocide, The Judges of the last Judgement and The Last Dream of the Madonna. In 2009 he won the literary prize of the Turkish paper Hurriyet.

Furthermore the writer has founded Tuday, an organization which educates Armenians, Turks, Kurds and Germans to the memory of the 1915 genocide. Before the arrest he was working at "Project 2015", an initiative aimed at building a reconciliation group. In 2007 Akhanli stepped in to call for an independent investigation into the murder of Hrant Dink.

He is accused of committing an armed robbery in 1989, but the alleged witnesses were threatened and tortured. He had already been jailed in Turkey in 1985 for his opposition to the regime and stripped off his political rights by the Turkish government. He has lived in Germany since 1991.

Many associations have vowed to call for his liberation, led by the Armin T. Wegner Foundatiion which periodically holds public readings of his books and other solidarity events.

Hrant Dink in We For