Declaration and Appeal on the Value of the Righteous of Humanity, Celebrated by Gariwo 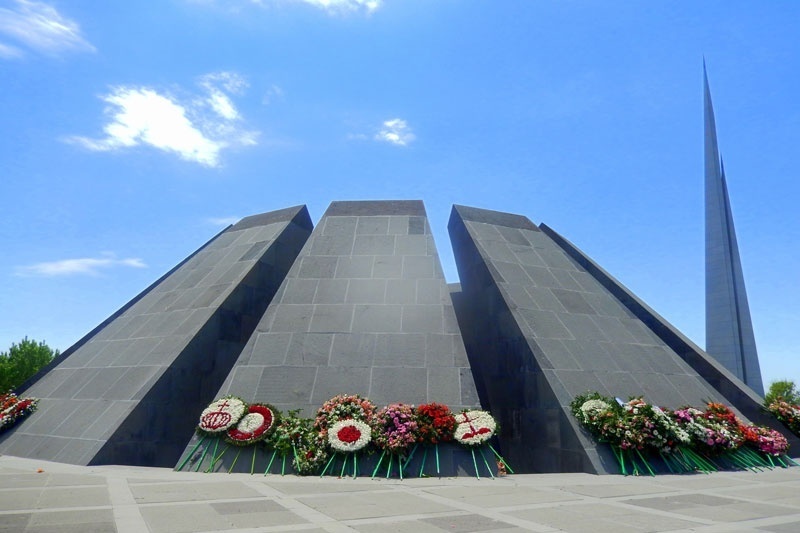 Anniversaries recall the responsibility of memory in our time.

This year, the anniversary of the Armenian Genocide falls at a time when my country is experiencing the tragic consequences of a war of aggression, costing the lives of thousands of people and generating refugees, wounded, and missing persons.

As Honorary Consul of the Republic of Armenia, I want to express my gratitude and that of my people to Gariwo – Garden of the Righteous Worldwide and its supporters, for having been close to the Armenians during the war of aggression unleashed by Azerbaijan and backed by Turkey. Above all, I am grateful to Gariwo because it has been protecting and reaffirming the tragic history of my people – the victim of a genocide that Turkey denies – for more than twenty years, through the search for the Righteous and the witnesses of truth. More than a million victims, among which thousands of children. Each Genocide shows such a great contempt for human life that it goes as far as extinguishing it at its very birth. It is precisely this contempt that drives the Righteous to act, to save and defend unique and unrepeatable lives, which would be lost forever.

The extension and universalization of the concept of Righteous is Gariwo's great achievement. This extension breaks down barriers between peoples, unites them in mutual recognition, and strengthens the prevention of evil. The actions of the Righteous are an appeal to humanity because Genocide is a crime against all humanity.

To fight for life, truth, and peace by trying to improve the world: one can do this even by planting a tree for a Turkish journalist of Armenian origin, Hrant Dink, who was killed in Istanbul in 2007 because he tried to open a dialogue between the Armenians and the Turks; or for Hammo Sero, a Kurdish Yazidi tribal leader who saved thousands of Armenians in the Sinjar mountains in 2015; or, else, for Akram Aylisli, an Azeri writer who dared to denounce what happened more than 100 years ago. By searching for the figures of the Righteous, Gariwo has been giving a great impetus to the knowledge of the Armenian Genocide in schools, universities, and institutions, showing how to overcome denialism.

Where to find hope for a future that is different from the past? In the act of telling the story of the saviors, of the witnesses of truth, and of those who resist evil. In Armenia, in Yerevan's "Hill of the Swallows", which guards the Memorial and the Museum of the Genocide, the Wall of Remembrance of the Righteous and part of its trees show the examples of civil courage and resistance in the face of evil to the new generations. Even in Armenia's second city, Gyumri, the first memorial stone dedicated to Hrant Dink has been placed in the Garden of the Righteous of humanity. The value of memory lies in narrating the universal pain that comes from the evil that was inflicted, an evil that the actions of the Righteous worldwide have sought and seek to counter and prevent in any genocide and any act of persecution, yesterday as today.

On the occasion of this anniversary, on April 24, 2021, I cannot look away from the suffering of my people. Above all, today, I feel I draw new energy from the Day of the Righteous, which is celebrated yearly at the Garden of Monte Stella and in many other places in Italy and around the world. Other figures of the Righteous for Armenians and other peoples will be honored, thus giving us new reasons for hope.

Honorary Consul of the Republic of Armenia in Italy

The Honorary Consul Pietro Kuciukian’s Appeal on the Value of the Righteous is also signed by:

Gaghik Bagdassarian, former Armenian Ambassador in Italy and co-founder of the Wall of Remembrance of Dzidzernagapert, in Yerevan

Antonio Montalto, Honorary Consul of the Republic of Armenia in Italy, founder of the Garden of the Righteous Worldwide in Gyumri

Anna Sirinian, Associate Professor of Armenian Studies at the Department of History and Cultures, University of Bologna

Agop Manoukian, President of the Center for Study and Documentation of Armenian Culture in Venice

Ara Khatchadourian, marathon runner and messenger of peace and dialogue among the peoples

Minas Lourian, director of the Center for Study and Documentation of Armenian Culture