April 24th, the day of recollection and duty 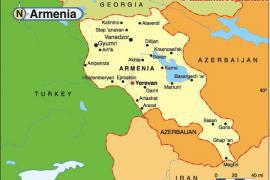 On the occasion of the 98th anniversary of the Armenian Genocide, Gariwo interviewed Baykar Sivazliyan, President of the Unione of Italy’s Armenians (Unione Armeni d’Italia), on the significance of the celebration and the major political issues that revolve around Armenia.

On April 24, we celebrate the 98th anniversary of the Armenian Genocide. What is the significantce of this anniversary and what are the expectations, also concerning the recognition of the genocide by the Turkish side?

April 24 is a moment of silence for the Armenians. The presence of survivors in the celebrations - apart from a few cases - is rare; usually, there are their children or grandchildren. It is also a moment of memory, and even though this memory is denied by the perpetrators of the genocide, we continue to remember this terrible tragedy of our people. The meaning of the anniversary is also connected to what happened to other peoples. This is the case of the Holocaust, which occurred in the heart of civilized Europe; Rwanda, or the former Yugoslavia, and we try to create the conditions to prevent the recurrence of such tragedies.
As for the recognition by Turkey, after 98 years, our situation is very delicate and special. We,  Armenians, the injured side, think about giving a helping hand to that part of Turkey, which is aware of the issue of genocide, and ensure that the turkish people find the courage to recognize this terrible wrongdoing.
Turkey is a great country, which can not be afraid to acknowledge an abusive act, committed almost a century ago, but unfortunately the way the state treats its citizens who try to talk about the Armenian issue is not appropriate for the civilized country that is on the verge of joining the European Union.
So the significance of this day is of two types. On one hand, the memory, which is very intimate – is something that Armenians have never shared with ease. On the other hand, it is our duty to give a hand to the righteous Turks to help their country to recognize the misdeed concerning the entire Armenian population.

One of the most current political issues in Armenia is that of Nagorno Karabakh - the case of Safarov, the best known episode episode in the international arena. How do you assess the relations between Armenia and Azerbaijan concerning this topic?

The issue of Nagorno Karabakh is fairly old. The Republic of Armenia today is only a tenth of the historical territory of the country. At various times Armenia was deprived of territory that belonged to it historically, and Nagorno Karabakh is one of them. It has been given - despite the fact that 93% of its population was of Armenian origin - from the Soviet Union to Azerbaijan. To consolidate this situation, after the Soviet Union collapsed, Azerbaijan began to spread fear among the Armenians of Nagorno, as was the case with the terrible pogroms of Sumgait.
Nagorno is a 20 year old country functioning on its own, wich has its government and some U.S. states have even recognized it as a free and independent country. I think we need to try to find peaceful solutions to continuing on this path, so that on the one hand it preserves what is the Armenian Nagorno, and other territories that have unjustly become part of Azebaijan . We must find solutions respecting the peace and security of the countries, because this everything would bring some peace of mind even in the Middle East, Afghanistan, Iran.

Speaking of Armenia's domestic politics, in recent months there was a presidential election, the result of which was disputed by the opposition. How are these elections viewd? What kind of policy can be forseen currently?

Armenia is one of the most democratic former Soviet republics. Both EU and U.S. had sent hundreds of observers to the elections and after reading their reports it seems that there was no unlawful acts during the election. This external force, called for by a part of the Armenian diaspora, suggests that the results really come out of those consultations. One might ask what will the President Sargsyan bring during his second term, in the world cracked because of the economic crisis. Although Armenia, is characterized by the unique reality of having more citizens abroad than inside, if able to  develop more than neighboring countries, though it still has some serious economic problems. We will see if the President is be able to find a solution to end the crisis.
The Armenian Diaspora would like to emphasize that in this situation Ankara’s political involvment plays a big role. We must not forget that for about 20 years, Turkey had closed its borders to Armenia; three years ago they signed an agreement in Switzerland, but the Turkish leadership suddenly started erecting obstacles to the realization of these peace treaties, which is an  unthinkable act in diplomacy. All that Turkey has to do on its part, is to show the outside world the good will to address the issue of the Armenian genocide.
If we do not move to this direction, we will make a big mistake in the Middle East and Caucasia, pushing Armenia into the hands of, Russia and forcing it to have closer relations with Iran. Turkey must make a decision as a  a pro-Western country and a member of NATO, I hope it does not forget its membership and does not make a geo-strategic mistake. It would be a misstep not only for Ankara, but also for the entire West.

Let’s move to other topic. The Syrian conflict has caused thousands of refugees, some Syrian Armenians took refuge in the land of their fathers. How are they welcomed? How do they live?

There are about 17 thousand Armenian Syrians, who had to leave their land and their home past 18 months. Half of them found hospitality in Jordan, Lebanon and even Turkey, the others have fled to Armenia or Nagorno Karabakh.
The institutions of the Armenian diaspora are making tremendous efforts by collecting money for those who lost everything they had, to ensure that these people have a normal life in the homeland of their ancestors. I have even heard of the Armenian schools in Yerevan that have opened special sections for Armenian-Syrian boys, where they also teach Arabic in case these people return back home and continue education in their own country of birth.
In a small state with many economic problems this is not an easy task, but the Armenians are used to this kind of solidarity and are doing everythying to create the best conditions for Syrian refugees.