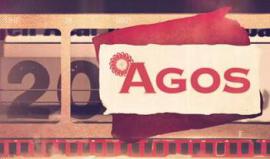 Agos, the weekly started as an expression of the Armenian community in Turkey, celebrated 20 years since its first release on April 5, 1996. Founded by Hrant Dink and a group of his friends, it is the first bilingual newspaper - in Turkish and Armenian - since the beginning of the Turkish Republic and is focused on politics, democracy, minority rights, pluralism in a country where political debate and freedom of expression are facing increasing restrictions by the executive power.

With the tragic death of Dink, who was murdered outside Agos office in Istanbul by Ogün Samast on January 19, 2007, the Armenian community lost a charismatic figure, a journalist who had fought for the democratization of Turkey and reconciliation between his country and Armenia and had been repeatedly prosecuted for "denigrating Turkishness" over his articles on the Armenian identity and the massacres of Armenians in 1915, that Turkey refuses to describe as genocide.

Agos editorial staff continued his work making the newspaper an independent open platform for discussions on social issues, and to celebrate the 20th birthday they decided to open its pages to readers and friends inviting them to: 'Tell about Agos to Agos'. “Write about Agos' place in your heart and mind, its meaning in your life and the transformation it caused in you; write your expectations, criticisms and suggestions. We created the e-mail address agosamektup@agos.com.tr  for your letters, which will be published on “20th anniversary letters” column for a year”, says the article dedicated to the anniversary published in the current issue.  "We want to shape the next 20 years of Agos with our readers and friends. Please don't hesitate to write your suggestions and criticisms. We know that you will do it friendly”.

The newspaper, now headed by Yetvart Danzikyan, has also an online version with articles translated in English and since about a year left the original location to move in a former Armenian elementary school - the Anarad Hığutyun - which also houses the Hrant Dink Foundation, created in memory of the journalist.

“We are sure that Hrant's discourse is growing and getting stronger year by year, though they have taken him away from us. So, we decided to organize a series of panel discussions and sessions for evaluating what we have done and what we might do about the topics that Hrant and Agos are focused on. We started to make preparations for holding panel discussions and sessions about topics like legal status of the minorities, minority schools and education, the problems with the representation of Armenian society, relations between Armenia and Turkey, expectations of young Armenians, the future of Armenian language, Armenian cultural heritage in Anatolia. … For 20 years, we have been trying to be a platform for expressing those problems. And we will try to maintain this mission. In fact, this is our promise to Hrant Dink. Let's do this together”.