Warnings of Genocide in Ethiopia’s Tigray 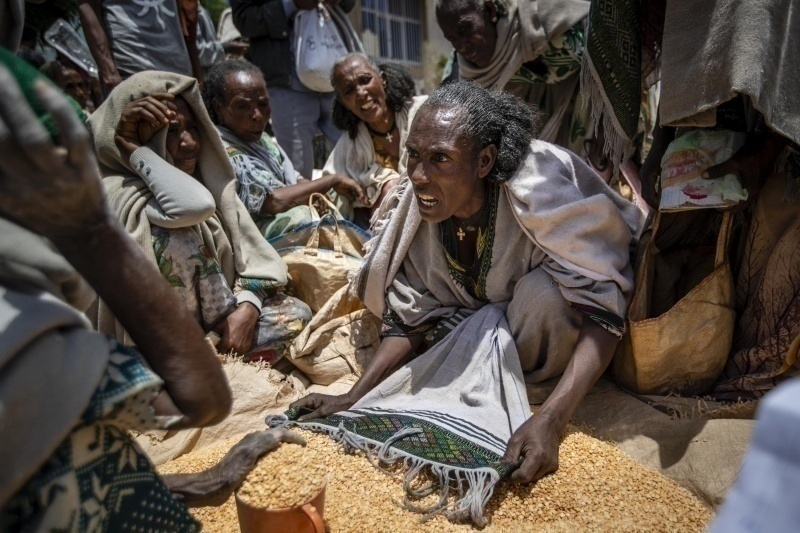 Between November and December 2020, a civil war took place in Tigray, a region in Northern Ethiopia, Africa’s most populous country after Nigeria. The war involved the Ethiopian army, commanded by Prime Minister Abiy Ahmed and backed by Eritrean troops, and the Tigray’s People Liberation Front (TPLF), which challenged Ethiopia’s central government. The war, which stemmed from decades-long tensions, officially ended in December. Yet, the conflict kept escalating and ravaging the Tigray region. More than two million people are now displaced, around four million require aid, and Ethiopian and Eritrean troops have been accused of ethnic cleansing, massacres, and other atrocities in Tigray that amount to war crimes. Some even discuss the Tigray crisis in terms of genocide.

Where does the Tigray war come from?

The war resulted from years of conflicts between the Tigray’s People Liberation Front, born in the 1970s to fight against Ethiopia’s military dictatorship, and Ethiopia’s central government. The third-largest ethnic group in Ethiopia after the Oromo and the Amhara, the Tigrayans only make up around 6-7 percent of the Ethiopian population. Yet, the TPLF gained significant power in the country until toppling the Marxist dictatorship ruling the country in 1991. TPLF’s leader Meles Zenawi later led Ethiopia until he died in 2012.

In 2018, Mr. Abiy Ahmed, of Oromo descent, rose to power and showed hostility towards the Tigrayan leadership, charging it with corruption and human rights abuses and repudiating some of the policies adopted during its governance. The hostility soured the relationship between the TPLF and the central government. In 2019, Mr. Abyi – who won a Peace Nobel Prize after ending Ethiopia’s decades-long war with Eritrea – merged the government’s coalition into a single party and started jailing some of his rivals. The conflict kept escalating.


How did the war start and end?

In September 2020, Tigray held local elections in defiance of Prime Minister Abyi, who had ordered to postpone them because of the pandemic. In October, Ethiopia voted to cut funding to Tigray. In early November, the TPLF forces attacked a federal military base, which led Mr. Abyi to begin a military offensive into the region, shutting down internet and phone communication and declaring a state of emergency in Tigray. In late November, PM Abyi seized control of Tigray’s capital Mekelle.

During the civil war, inaccessible to journalists due to the government’s restrictions, the Ethiopian army was backed by Eritrean troops, which, according to a report by Amnesty, systematically killed hundreds of unarmed civilians in Axum, northern Tigray, with house-to-house raids. The massacre, Amnesty said, could constitute a crime against humanity. In December 2020, the civil war officially ended, but tensions kept escalating. In January 2021, Ethiopia’s federal government declared the TPLF, until then a legal party, a terrorist group.

Between December 2020 and January 2021, thousands of people were killed. The conflict saw the TPLF leaders on one side and the Ethiopian and Eritrean troops on the other, with Tigray civilians in the middle. According to UNHCR data in December, over 50,000 people fled violence in Tigray to seek refuge in Sudan. In particular, Ethiopian and Eritrean troops perpetrated massacres, gang rapes, expulsions of people from their homes, and other acts of ethnic violence and violations of human rights in Tigray. In January 2021, the BBC published a series of videos found on social media featuring the evidence of a civilian massacre carried out by members of the Ethiopian military in Tigray. When the BBC put the evidence of the massacre to the Ethiopian government, the government said that “social media posts and claims cannot be taken as evidence”.

The Tigray crisis started attracting international attention. For months and despite evidence and witnesses, Ethiopia and Eritrea denied the presence of Eritrean troops in Tigray and their responsibility for the ongoing violence. Following reports blaming the troops for the abuses and calls from the United States, Germany, France, and other G7 countries, at the end of March, Prime Minister Abyi eventually said Eritrea had agreed to withdraw its troops from Tigray. As of May 2021, however, Eritrean troops were still in place, and the UN said warned that parts of Tigray were one step from famine, in part because the Ethiopian government obstructed aid shipments to the region. In June 2021, the UN said the conflict plunged Tigray into famine, affecting at least 350,000 people.

At the G7 summit this month, the G7 group called for a ceasefire and the withdrawal of Eritrean troops from Tigray. The G7 group also called for the Ethiopian government to stop blocking food aid in Tigray. In the region, Ethiopian soldiers also prevent farmers from harvesting or plowing, killing their stock, stealing their seeds, and looting farm equipment. Humanitarian workers are also killed. Meantime, Ethiopia denies there is a famine and says the Eritreans have begun to leave.

Today, more than two million people are displaced, around four million require aid, and the Ethiopian and Eritrean troops are accused of ethnic cleansing, massacres, and other atrocities in Tigray that amount to war crimes. Some lamented the lack of action from the United Nations Security Council. This was the case for Ms Linda Thomas-Greenfield, the United States ambassador to the United Nations: Ms Thomas-Greenfield expressed frustration that the United Nations Security Council had yet to hold a public meeting on the Ethiopia crisis. She said the lack of response originated from “impediments placed in front of us by some Council members”, probably referring to China and Russia. Likewise, Jan Egeland, secretary general of the Norwegian Refugee Council and a former top U.N. humanitarian official said “I would like to see the Security Council act like a Security Council”.

In a recent analysis published on BBC, Alex de Waal – the executive director of the World Peace Foundation at the Fletcher School of Law and Diplomacy at Tufts University in the US – discussed whether the Tigray crisis could be addressed in terms of genocide. Waal’s reflection followed a declaration from the patriarch of Ethiopia's Orthodox Church, who is also a Tigrayan. His Holiness Abune Matthias said that a genocide was being committed in Tigray. Likewise, Tigrayans who fled Tigray protested against what they call a genocide. In his analysis, de Waal recalls the figure of Rafael Lemkin, the Polish Jew who coined the term “genocide”, as well as the Convention on the Prevention and Punishment of the Crime of Genocide, which the UN adopted in 1948 describing genocide as a set of actions that aim "to destroy, in whole or in part, a national, ethnic, racial or religious group, as such”.

De Waal says that Tigray's systematic killings and abuses would be important to building a case for genocide. In Lemkin’s famous essay Axis Rule, de Waal writes, food deprivation and starvation were essential to Lemkin’s elaboration of the notion of genocide. Moreover, de Waals writes, genocide convictions are no novelty to Ethiopia. In 2007, Mengistu Haile Mariam was convicted on genocide because of the massacres he carried out during the so-called “Red Terror” campaign in 1977-78, during his military regime. Yet, it is up to the International Criminal Court to decide whether genocide is taking place in Tigray or not. For the ICC to do this would require a decision by the UN Security Council, which is unlikely to happen because of possible objections from China and Russia.

Be that as it may, de Waal highlights the importance of prevention and the risks of “bruising genocide debates” in history. “Campaigners – he writes – don't want to wait until judges hand down a verdict. When proof of genocide is finally forthcoming it is by definition too late to prevent it”. Quoting David Scheffer, the American diplomat who served as the first US Ambassador-at-Large for War Crimes Issues, de Waal draws on the notion of “atrocity crimes”, which Scheffer introduced concerning the Yugoslav war to bring fruitless debates on genocide to a halt, taking action. Scheffer argued that "governments and international organizations… should not be constrained from acting by the necessity of a prior legal finding that the crime of genocide in fact has occurred or is occurring".

Waiting for the crime of “genocide” to be judicially assessed before acting, de Waal writes, had been counter-productive even in Darfur, in 2004. In that context, international activists and campaigners relied on the fact that, once the genocide crime was assessed, their governments would be required to send troops and stop the atrocities. In fact, that was not the case, and, in many cases, there is no such obligation. Last Thursday, Tigray was compared to Darfur: de Waal suggests it is unlikely that a crime of genocide is assessed in Tigray. Yet, the need to prevent a genocide from happening remains a priority.