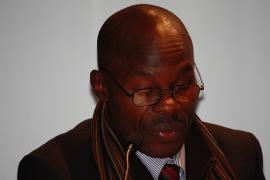 David Kato Kisule was an Ugandan gay rights activist. He was murdered on 26 December, after his names had appeared in a chilling list of the local magazine Rolling Stone which pointed to the names and faces of a hundred Ugandan homosexuals with an incitation to hang them.

The man had advocated gay rights more times overtly. On past 26 December he was hammered to death in his home in the outskirts of Kampala. Two months ago he had said to Italian magazine Lettera43: "Nowadays a homosexuals does not feel safe. For us it is dangerous even to walk in the street".