but worries about Darfur remain in place 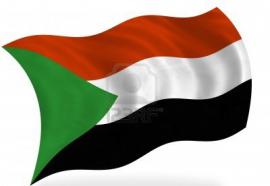 The official results of the referendum have been proclaimed and they sanction the secession of Southern Sudan. Nearly 99% of the inhabitants opted for independence. The Khartoum government reveals it approves of the decision and will try to easen the existing controversies with the new State.

There are some significant problems such as the dividing up of oil and some open border arguments. Negotiations between the two capitals, Khartoum and Juba, are not always peaceful. In the past weekend the clashes between the warlords caused 50 deaths. Moreover it is still uncertain who will lead South-Sudan.

The symbol of this region's torment though is Darfur, still under Khartoum's heel. In the last month the clashes led to 40,000 more displaced people. Analysts fear that Sudan will have the wartorn region hit by the militiamen's violence pay the price of South-Sudan's independence.