Obama: "It's a victory of democracy" 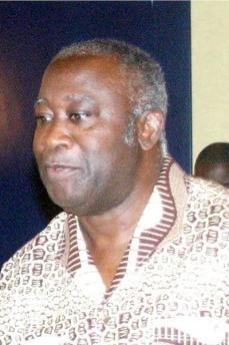 Ivory Coast's outgoing President Laurent Gbagbo, entrenched for days in his palace-bunker in Abidjan, was arrested with his wife.
Alassane Ouattara, the Head of State recognized by the international Community,announced on tv the opening of a judicial procedure against Laurent Gbagbo. In the meanwhile all measures were taken to ensure the physical integrity of the former President and his wife.

In New York, the UN Security Council gathered to analyze the latest developments in Ivory Coast. The US President defined the arrest "a victory for democracy".

The presidential elections of 23 November 2010

Gbagbo, President for 10 years, ran into conflict with Alassane Ouattara after the Presidential elections of past 23 November, which sanctioned the victory of both candidates: Ouattara was recognized by an independent Electoral committee that assigned him the victory with 51% of the votes, Gbagbo by the Constitutional council, which is entitled to decide, and later rebuked the verdict of the Electoral committee.

Laurent Gbagbo therefore decided to remain on power. The international community recognized the victoty of Ouattara, who at the beginning entrenched in Abidjan's Golf Hotel, where he was protected by 800 UN Blue Helmets. Ouattara also appointed Guillame Soro, the chief of the ex rebel group New Forces, to the post of prime minister. Ivory Coast was suspended by the African Unity Organization, which started a mediation assigned to several African Presidents, and offered Gbagbo an amnesty in change of his departure. the European Union passed sanctions against him.

Violence in the Country

The international sanctions and the blockade of cocoa exports put the Country on its knees. There has been a surge in violence between the two sides and a million refugees has left the Ivory Coast. Eventually the clash became also a military one, with the former New Forces rebels on the side of Ouattara who gradually gained control of the main towns.

Gbagbo was elected in 2000 in a ballot from which former Prime Minister Ouattara was excluded for an alleged foreign origin, and survived the 2002 coup leading to civil war and splitting of the Country. A 2007 peace agreement led to the Northern rebels run by Guillame Soro to enter the cabinet. Ouattara then allied with them. The Presidential elections, held in two turns in October and November, should complete the peace process after being called off for six times since the expiry of Gbagbo's mandate in 2005.