the opinion of Yolande Mukagasana 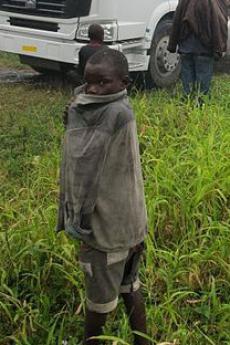 The war between the weak government of President Kabila and the rebel movement M23 is going on, ravaging a land rich at gold, diamonds, ivory, timber and copper, killing and displacing hundreds thousands civilians.

We asked Yolande Mukagasana, Righteous at the Garden in Milan and witness to the Rwandan genocide, for an opinion about this conflict which involves people culturally close to the tutsis of her country, the former victims of mass murders in 1994. Also, it is questioned whether President Kagame of Rwanda is aiding the M23 guerrilla (for such an influential paper as the Frankfurter Allgemeine, they are merely "robbers").

"God knows how much suffering this problem is causing to the civilian population", she said: "It dates back to the time in which the frontiers of Africa were designed, at the Berlin Conference in 1885. Those who established the borders did it according to geometry, careless of the populations, but only paying attention to the soil resources. This is the case of Rwanda and Congo. Therefore we are no exception from what happens all over Africa. The problem is not at all the guerrilla, it is an economic problem concerning the territory that was colonized by Belgium, which ruled on Rwanda-Congo-Urundi.
With the creation of the borders between Rwanda and Congo - the current Democratic Republic of Congo - a part of Rwanda became a part of Congo. It is a very rich area, which has always been exploited by Western powers. Here I always hear talk about wars. The international community sparked a fire and then stirred it up, and since it fails to put it off it ended up with creating a scapegoat, which is Rwanda".

Probably her influential opinion will not suffice to calm down the quarrels. The situation is very complicated because, as M23 fights harder and harder as it feels confident it has free hands, Rwanda refuses to negotiate with President Kabila because it doesn't accept the accusations of involvement in the fight. Kabila in turn is weak and delegitimized because of the frauds he committed to gain reelection last year. The issue involves also the International Criminal Court, because much of the current situation aroused when Kabila tried to prosecute Jean-Bosco Ntaganda, a lordwar wanted by the Hague as he is accused of recruiting child soldiers and committing other violations of human rights.