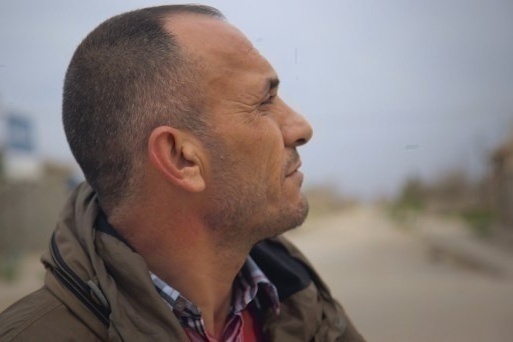 A religious minority of Kurdish language and culture, the Yazidis – a community of some hundreds of thousands in all – since August 2014 have been the victims in northern Iraq of genocide by the men of the Islamic State, the first recognized by the UN and the international community in the new millennium. Systematic massacres of men, who still have to be identified in large part in the mass graves that continue to be found; destruction of places of worship, of their towns and villages; enslavement of children – converted and trained as soldiers or suicide bombers –, of women and girls, systematically abused: these are just some of the most terrible aspects of this genocide, carried out in the name of an aberrant version of Islam. A crime carried out with premeditation and systematic ferocity, and that attempted to erase forever every trace of this minority, of its millenary culture and religion, considered – because of its syncretistic nature, different from Islam – not admissible for the rigid religious dictates professed by the extremists. An extermination, that of the Yazidis, which, as already happened in the past for other genocides, could be accomplished thanks to the collaboration or indifference of part of the population, but also because of the fact that what likes to call itself the free world, once again, decided to turn its back.

In one of the towns attacked by Daesh militiamen lived Khalil al Dakhi, a young Yazidi lawyer. Unlike so many others, he had managed to escape along with his daughter and wife, Ameena Saeed Hasan, a parliamentarian in Iraq and activist, before ISIS arrived. “I can't imagine not seeing my daughter two or three times a day, talking to her, hugging her. Now, there are hundreds of children like her who have been kidnapped,” the courageous al Dakhi told the press. He immediately decided, together with his wife, that he cannot stand by and watch.

What began as a single mission to save Maha, the 17-year-old daughter of a couple he and Hasan had met in a refugee camp, soon developed – in the space of just two years – Into a full-time clandestine operation that grew to include more than a hundred collaborators. Hundreds are the women, girls, and children that al Dakhi managed to save thanks to a clandestine network he created and directed with the help of his wife. Theirs is a very dangerous job, one that has cost their collaborators torture and executions on several occasions during their extremely dangerous missions: identifying, locating, and finally freeing as many people as possible from the militarized territories of the self-proclaimed Islamic State.

The story of al Dakhi is also told in a documentary produced and directed by Edward Watts, ‘Escaping ISIS’, which is one of the most powerful testimonies of the horror to which many thousands of women and children have been and are still subjected. Rape committed against girls as young as nine or ten years old, continuous torture and abuse, which end up leaving – as the film testifies – even the survivors in terrible conditions, including suicides and continuous mental and physical breakdowns.

Of great value, both documentary and historical, and for the research of the kidnapped women and children, is the archive created by Hassan and al Dakhi, which includes information and data on thousands of them. “Certainly, my life is in danger, but I have to save our girls and women,” al Dakhi commented years ago. “I am never afraid because I am no better than all my people who were killed by the Islamic State. But I try to protect myself because there are many of my people in ISIS prisons waiting for me to save them. When I save one person, I feel like I have achieved a victory against the terrorists.”

Their work earned them an award from the U.S. activist group Human Rights First, as well as al Dashi’s nomination for the 2021 Aurora Prize, previously won by the Yazidi activist Mirza Dinnayi. His wife’s activity is also remarkable, as she has courageously denounced the human rights violations perpetrated against the Yazidi people. Hasan also traveled to the United States in the spring of 2015 to participate in the White House summit to counter violent extremism. That same year, among other awards she received, she was named as a Hero Acting to End Modern Slavery by the U.S. State Department.