​Toscanini: his love of freedom and courage to act 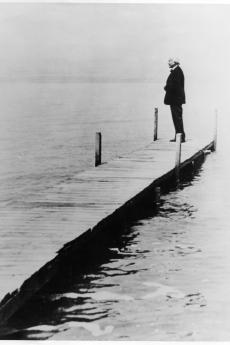 On 22 January, at Auditorium Parco della Musica in Rome, a tree will dedicated to Arturo Toscanini "for his resistance against fascism and nazism and his aid to the persecuted Jewish musicians ". Reference is made to the musicians who were fired from the orchestras of the Third Reich because of the racist laws, whom Polish cellist Bronislaw Huberman with the help of Toscanini gathered in the Palestine Orchestra, which would debut under the direction of the Maestro in 1936.

The same concert will be reproposed at the Auditorium Parco della Musica on 27 January, on Holocaust Memorial Day 2016.

With Harvey Sachs, writer and music historian, biographer of Toscanini’s, we talked about these events, the Maestro’s antifascist commitment, his self-imposed exile in the US and his return to Italy to conduct the inaugural concert of La Scala in Milan, after the theatre was rebuilt from the debris of Allied bombings.

The artistic virtues of Arturo Toscanini are well-known. What is lesser known is perhaps his personality, a key to understanding also his civil commitment. What kind of a man was the Maestro, and what did he believe in?

Toscanini, born in 1867, was the son to a soldier in Garibaldi’s army, he was basically born an anti-monarchist and an anti-clerical, but he was also nationalistic, very proud of being a citizen of a reunited Italy. For him, fascism, first with the gradual abolition of individual liberties and then with the racist laws, was a shame for the homeland..

By dedicating this tree to Toscanini at the Music Park of Rome we will remember first of all his commitment to the Palestine Orchestra set up by Bronislaw Huberman. Could you tell us about this episode and the concert of 1936?

In New York, in February 1936, Huberman talked with Toscanini about his plan to create an orchestra in Palestine with musicians who had escaped Germany, hoping that the Maestro would give him his moral support. Toscanini went beyond: he told him he would go personally to Palestine, without a reward and paying also the traveling costs for himself and his wife, to conduct the orchestra at its debut. His support persuaded many American Jews that the project also deserved funding: Albert Einstein himself, already exiled in America, wrote to Toscanini to thank him. Thus in December 1936 the Maestro and his wife caught a plane from Bari to Athens, from there to Alexandria of Egypt and Tel Aviv. The welcome was extraordnary, and from that experience Toscanini was strongly impressed and moved. He wanted to go to Palestine again and he did in Spring of 1938, always at his own cost, to conduct other concerts with the orchestra. He would certainly go there again and again if the war had not broken out in 1939.

Many intellectuals – and musicians – remained silent before and after Second World War. Toscanini instead used his prestige to launch a strong message, clashing several times with the fascist and nazist regimes. Could you describe this feature of Toscanini’s existence?

In the first year since the March on Rome, Toscanini, although already opposing Mussolini – after granting him an initial support in 1919, when he had a programme that was more leftwing than the Socialist party -, hoped he would calm down. However, after Matteotti’s murder, the Aventino secession and the crackdown on the press, the Maestro took an overt stance against the regime. He refused to hang the king’s and Mussolini’s portraits in La Scala’s foyer, being its director since the Twenties, and also to play “Giovinezza” before the beginning of the operas. This is precisely why he was lappe by some young fascists in Bologna in 1931, after which he dediced not to conduct anylonger in Italy until the regime and the monarchy would stay on power – he in fact thought that Vittorio Emanuele III was the main responsible for the dictatorship’s long life. In the same year, Toscanini became the first conductor not educated in Germany to conduct the wagnerian festival of Bayreuth, but after Hitler’s seizure of power in 1933 he would never more conduct in Germany. From 1935 and 1937, the Maestro was the main attraction of the Festival of Salzburg, but even before the Anschluss of 1938, when the Austrian chancellor struck a first deal with Germany, Toscanini announced he would not go back there again. In that very year, with other Jewish and anti-Nazist musicians, he instead created the Luzern Festival in Switzerland.

During the Thirties, Toscanini, who generally speaking did not like to be a “guest conductor”, often wielded his batons in countries such as France, Switzerland, Belgium, Czechoslowakya, Hungary, Denmark and Sweden, at the border with the Nazifascist countries, partly to scorn their dictators in the only way he could. From Autumn 1938, when Mussolini had his passport seized for criticizing the racist laws – his document would be given back to him upon international pressure -, Toscanini did not go back to Italy anymore, even on holidays, until 1946.

Did Toscanini keep faith to this commitment also during his “self-imposed” exile in the United States?

Toscanini and his wife morally and materially supported many Jewish, antifascist and anti-Nazi friends, helping them to reach the United States and settle down there; they also helped Friedelind Wagner, the composer’s antiNazi niece, to escape Europe and go live in New York. With his son Walter, the Maestro supported the Mazzini Society, which tried to influence the policy of the allied governments towards Italy, especially after Mussolini’s fall and the surrender of 8 September. According to Gaetano Salvemini, Toscanini set the example when it came to show the world’s public opinion that the word “Italy” was no synonym for “fascism”.

In 1946, Toscanini was in Milan to conduct the inaugural concert of Teatro alla Scala, rebuilt after the bombings. What was the meaning of this gesture?

It was a gesture of love towards the theatre he loved more than any other, and a sign of reconciliation towards his country. I also think for him it was the most moving moment in his career.

On 27 January we will perform again the concert of Palestine Orchestra conducted by Toscanini in 1936. What is in your opinion the force of this initiative?

I believe this is a way to remember a man who not only loved freedom, but also had the courage to act. As he told Huberman, “It is the duty of each of us to do whatever possible in this struggle, each according to his own capabilities”.

Toscanini will thus also be remembered as a Righteous. But what does it mean to be “Righteous” today in your opinion?

Like yesterday, being a Righteous means keeping faith to one’s freedom of thought and doing the best we can again any kind of dogmatism and absolutism.