The words of Faiza Abdul Wahab

to remember her father Khaled 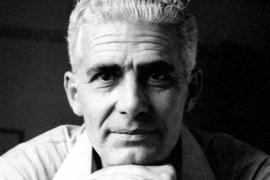 When our common Jewish and Muslim ancestors were expelled from Spain in the 15th century, the majority of them found refuge in Tunisia and the whole North Africa, where they have shared the same language and culture. My Grandfather was a famous historian and this is why my father grew up in atmosphere of openness and tolerance. At a certain social level, the Jews and Arabs of Tunisia studied and worked together, shared the same food, the same music, the same sense of humour and much more.

Thus, it was very naturally that my Dad did everything he could to help his fellow Tunisian citizens while they were threatened by an external danger because of their religion.

My father is no isolated case. In the Arab lands, many people, of some of whom we will never know the names, have responded to the call of their Jewish fellow citizens in danger. What I hope the people mostly remembers of my father is not the number of the people he rescued, but his profound respect for those he helped.

As Mrs. Boukhri said in her testimony, when she and her family were sheltered in my father’s farm, he arrived to the point to take there a rabbi so that they could celebrate the Shabbat. This is the measure of the respect my father had for the people he helped.

In a world beleaguered by war, the message of hope and peace at the core of today’s ceremony should strengthen the confidence of all those who still want to dream of peace. I realize someone could find my words as utopian, but we cannot build the future unless we can dream now.