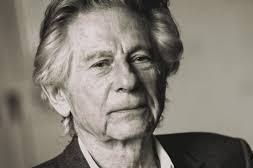 Two new names have been recently added to the long list of Righteous individuals honoured in Israel’s Holocaust memorial Yad Vashem: Stefania and Jan Buchala. A story of courage and kindness that wouldn’t differ too much from that of other thousands of exemplary figures remembered in Jerusalem if it weren’t for the fact that the kid they saved happened to become the well-known film director Roman Polanski.

Polanski was born in Paris from a Jewish father and a Catholic mother of Jewish origins. When the Germans invaded Poland, he was confined, together with his family, to the Jewish ghetto in Krakow, where he had been living since the age of 4.

But when his parents realised that Jewish people were being deported, they tried at least to put their son to safety.

This was possible thanks to Polanski’s mother, Bula Katz-Przedborska, who at the time worked as a housekeeper at the Wawel Royal Castle and who, therefore, had the possibility to leave the ghetto with a permit. One day, she managed to bring Roman with her and to show him the way to get to Mr and Mrs Wilk’s home, a Catholic friend couple who had agreed, upon payment, to rescue the child in case of need. That walk resulted crucial in Roman’s story: short after, Bula was in fact deported to Auschwitz, from where she never returned, whereas her husband was brought to Mauthausen.

After joining the Wilks and spending a few days with them, Polanski left to join another couple, Bolslav and Yadwiga Putek, always upon previous payment. But that solution did not last either and a few days later, they brought the child to Wysoka, a small town where Stefania and Jan Buchala lived. The Buchalas were certainly not wealthy and already had three kids of their own, but agreed to rescue Roman ‘Without asking for any compensation and only out of love for another person,’ as Polanski himself says in a letter to Yad Vashem, aimed at supporting the Buchalas’ nomination to the title of Righteous Among the Nations. Not only did they give him shelter – he remembers, - but also food and protection for almost two years, after which Polanski would be reunited with his father Maurycy, survivor of Mauthausen.

After the war, Polanski, one of the most notorious contemporary film directors and winner of an Oscar in 2003 with his movie The Pianist, went back to Poland and Wysoka twice, but he never managed to hug the couple who saved his life one last time. In fact, Stefania had died of Tubercolosis in 1953 and Jan had passed just a month later. The couple did not even have a spot at the local cemetery as there was no one who could pay for its maintenance.

For this reason, Yad Vashem’s award was given to their only descendant, their grandson Stanislaw Buchala.