A lesson of courage and integrity

Jan Karski at the Garden of the Righteous 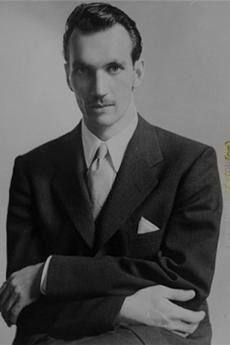 Ewa Wierzynska, leader of the Karski project - Unfinished Mission at the Warsaw Museum of Polish history presents the figure of Jan Karski who will be honoured with a tree and a memorial stone at the Garden of the Righteous in Milan. Karski tried everything in his power to stop the extermination of Jews.

A student of diplomacy who became a courier for the Polish underground forces during the German occupation in World War Two, Jan Karski risked his life many times to carry information to and from the Polish Government-in-Exile and the occupied Warsaw. Before delivering pleas from Jewish leaders in Poland for drastic measures by the Allies to stop the Holocaust, he managed to get into the Warsaw Ghetto and later to a way station to a death camp, in order to see for himself what was happening. But officials in the U.K. and the U.S. including Churchill and Roosevelt, found it hard to believe him and in any case had other wartime priorities. After the war he taught diplomacy at Georgetown University for 40 years, and in 1982 was honored by Israel as a “Righteous Among the Nations.”

Born Jan Kozielewski, the eighth child of a Polish leather merchant in Lodz, he grew up in this multiethnic city of Poles, Jews, Germans and Russians. After his completion of studies in law and diplomacy in Lwow (Lviv – now in Ukraine), and a year’s obligatory military service, his promising career as a diplomat was cut short by the German invasion in September 1939. As his artillery unit retreated to the east he was captured by the invading Soviets, but managed to escape.

Seen as a patriot without narrow political loyalties, Kozielewski was chosen to be an emissary to the Polish Government-in-Exile, then based in France. Under the pseudonym “Witold Kucharski”, after an extremely risky journey through the mountains he delivered the underground’s reports. But on the way back he had to carry 40 pounds of currency on his back and – in his head – the government’s entire plan for incorporating the military resistance into a full-fledged underground state which he memorized and delivered word-for-word. On another mission he was captured by the Gestapo in Slovakia, and so severely tortured that, he slashed both his wrists lest he succumb and reveal secrets. He was sent under heavy guard to a hospital in occupied Poland and in a daring rescue mission by young Polish underground soldiers, he was able to escape again. Tragically, many of his rescuers paid with their lives for stealing the courier out of Gestapo hands.

Eventually he reached Warsaw, where he was assigned a new pseudonym – Jan Karski. While he was becoming involved with politically congenial groups like Zegota (The Council for Aid to Jews, which was actively hiding and assisting Jews), a decision was taken to use Karski as an emissary again to the Government-in-Exile, now in London. This time he was also to meet top representatives of the Allies, and agreed to convey a list of demands from Jewish leaders to help save the remnants of the huge Jewish community in Poland.

In order to feel qualified as a bona fide eyewitness, Karski, unshaven and dressed to blend in, made two visits into the Warsaw Ghetto. On one of them, he was guided by Irena Sendler, Zegota’s coordinator in charge of hiding Jewish children and a 2007 nominee for the Nobel Prize. He witnessed, along with extreme starvation and deprivation, Hitler Youth hunting and shooting panicked people for sport.

More important than the many honorary degrees bestowed upon him in later years is the fact that on his own private initiative he contrived, in the costume of an Estonian guard, to spend an hour at the camp in Izbica Lubelska through which Jews were transported to the Belzec death camp. Since each “batch” numbered over 5,000 and the barracks could only accommodate 3,000, what Karski saw outside on that cold, rainy day was “a dense, pulsating, throbbing, noisy human mass” of men, women and children. And as he watched, they were ordered to march into a waiting freight car originally designed to carry 40 soldiers. The Germans had ordered to pack 120 to 130 people into each car. The last to enter clambered over the others, “clutching at their hair and clothes for support, trampling on necks, faces and shoulders, breaking bones and shouting with insensate fury.”

“I have no other proof, no photographs”, wrote Karski later in a memoir. “All I can say is that I saw it and that it is the truth”. Half a century later, Karski said in an interview: “I spent about an hour in that camp. I came out sick, seized by fits of nausea. I vomited blood. I had seen horrifying things there. Disbelief? You would not believe it yourself, if you saw it.”

Indeed in London Jewish expectations of help were officially dismissed as strategically impossible. Karski was sent to America to seek support but his pleas were largely met with indifference and even incredulity. He described the reaction of Supreme Court Justice Felix Frankfurter, a close friend of President Roosevelt, to his eyewitness accounts:
- Mr. Karski, he said emphatically - A man like me talking to a man like you must be totally frank. So I must say I am unable to believe in what I have just heard, in all the things that you have just told me.


Karski was invited to the Oval Office itself. Roosevelt did not have time for Karski’s account of the transit camp or the pleas of Poland’s Jewish leaders, but was very interested in the organization of the Polish Underground State and whether planes equipped with skis could make winter landings. On October 17, 1944, Karski was feted by dignitaries at gala dinner at the Waldorf-Astoria launching his book Story of a Secret State. It was twelve days after the collapse of the Warsaw Uprising in which 180,000 citizens of Warsaw lost their lives. On his book tour he was discreetly reminded by the State Department that to mention the 1940 Katyn massacre of thousands of Polish officers by the Soviets might alienate Stalin as a crucial ally.. “So many dead” wrote Karski, “so many sacrifices and struggles, so much faith in victory and in the Allied cause, so many reassurances from the mighty nations of this world – and then this?”

At the age of 35, having lived nine lives, Karski earned a Ph.D. at the School of Foreign Service at Georgetown University and taught there for 40 years, one of his students being William Jefferson Clinton. He also wrote a two-volume history, The Great Powers and Poland, 1919 – 1945: From Versailles to Yalta. In 1982, Yad Vashem in Jerusalem awarded him the title of a Righteous Among the Nations, and the Israeli government declared him an Honorary Citizen of Israel.

But there could hardly be a person who felt more deeply, painfully, and bitterly the abandonment of Poland by the Allies in World War II. Jan Karski was a man who, tragically, had to feel that his own efforts on behalf of the Jews of Europe and – later - on behalf of his briefly independent native land were an utter failure. Regarded as a hero in both Poland and Israel, his was a heroism not of triumphs but of extraordinary integrity. Karski and his story continues to inspire the young people of Poland. His lesson is about moral courage and about embracing humanity in the face of utmost evil . It is also about his lifelong determination to bear witness and speak out about the dangers of anti-Semitism.