a disobedient American citizen at the service of good in Rwanda 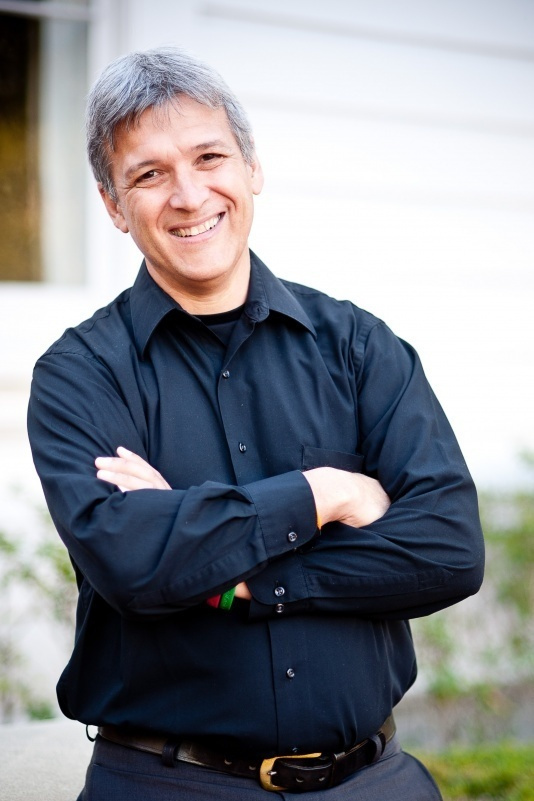 “The only American in Kigali during the genocide”. This is how Carl Wilkens, born on 20th November 1957 in Takoma Park, Maryland, a member of the International Adventist Development and Relief Agency, is described.

Few years after he and his family moved to Rwanda, where he served as director of the agency in the country, the plane carrying President Habyarimana was shot down, triggering the genocide against the Tutsi. It was the night between 6th and 7th April 1994.
Carl remembers those early days, when he and his wife and their three young children stayed indoors listening to the radio and trying to get in touch with local authorities and UN soldiers, but the only voice coming through the transmitter was the one announcing the death toll, the massacres. “One day, they were saying on the radio that right there, in our district, people had been killed. I suddenly looked up and saw my children. Petrified by that horror”.
On 10th April, the United Nations ordered the evacuation of all foreign nationals in the country. Carl made sure his loved ones were taken to safety, but decided to stay. US diplomat Laura Lane, then a political security officer at the US embassy in Kigali, recalls his words: “Laura, there are people here who depend on me. I cannot leave”.

Carl had indeed thought about his staff. “When we were deciding whether to leave Rwanda or not”, Carl recounted, “our maid was in front of me, a Tutsi. I knew that as soon as we left she would be slaughtered. Then there was a young man, our night watchman. A Tutsi. He would have been slaughtered too. And the convoys did not allow Rwandans to be brought along. I couldn’t leave. I watched my family walk away down the dirt road that led to our house. Then I went back to the gate, locked it again and again. And I prayed, together with the two young men who stayed with me”.
This choice did not go unnoticed. People in the neighbourhood had seen Carl hiding the two young men and had threatened them. “The next time your white man comes out, we will kill him. We know he is hiding Tutsis”. Therefore, Carl never left the house for three weeks.

Three weeks later, the Rwandan government allowed the directors of organisations to leave their homes and go to government offices to get a pass and travel around the city. Thus began Wilkens’s efforts to find food, water and medicine for the needy.
As well as bringing aid to the city, Carl also saw his strategic role in preventing the massacres. The militia did not want to carry out any violent act in front of an American citizen and Wilkens took advantage of this to travel to the sites of possible crimes and distance the perpetrators from their intended victims.

There was an orphanage in Kigali, established in the 1980s and run by Damas Gisimba and his brother Jean François. Damas, a Hutu, did not share the militia’s hatred and had housed Hutu and Tutsi children in the facility for years. With the outbreak of the genocide, many people sought refuge in schools, churches and in Damas’s orphanage, which came to house 400 children, several widows and families.

The massacre had begun, when what Gisimba called “a miracle” occurred. Carl Wilkens appeared at his door, asking if he needed help. From then on, Carl went back to the orphanage every day, taking water and food.

One morning, Hutu militiamen surrounded the building. They said they were there to take Damas away and kill all the Tutsis hiding in the orphanage.

Carl was also there: as he did every day, he had gone to Damas’s to bring water. When he realised what was happening, he did not hesitate to get into his Toyota Corolla and call for help on his radio. He called the Red Cross, made it clear that he could call the UN, and thus put the killers to flight. Once again, the order had come not to carry out massacres in front of the American man.
Both Carl and Damas knew, however, that the Interahamwe would come back. So Wilkens made a desperate attempt to rescue the persecuted in the facility. He drove to meet the prefect of Kigali, Colonel Tharisse Renzaho, with whom he had already negotiated to bring aid to the city. When he arrived, he saw that Prime Minister Jean Kambanda - who would later be accused of genocide - was in the office. “He was one of the three people who had orchestrated the extermination, it was like asking the Devil for help, but what else could I do? I had to try and I said: Mister Prime Minister, I am Carl Wilkens, director of ADRA, and I am here because a massacre is about to take place at Gisimba orphanage”.

The response was unexpected. Wilkens recalls: “Yes, I have heard about you and your work”, Kambanda told me. Then he stopped and talked to his assistants, turned to me and said “I am aware of the situation, we will take care of the safety of your orphans”. And he left.
Soldiers and militiamen arrived at Gisimba orphanage, instructed to put everyone on two buses. Nobody knew where they were going, but Carl had negotiated to get them to safety and escort them through the most dangerous checkpoints. All the orphans and people hiding in the facility were taken to Saint Michel Church.

Wilkens found himself in a similar situation at an orphanage run by a Frenchman, Marc Vaiter, which was a hiding place for about 100 children during the genocide. As with Gisimba, Wilkens brought water and food to the children - who called him ADRA SOS, for the writing Carl had on his car - and as the situation worsened, he decided to move them to Saint Michel cathedral.
Again, when he came across 12 survivors from the Adventist Church in Nyamirambo, he managed to get them to safety at Hôtel des Mille Collines.

When the genocide ended, Wilkens went back to America, but in 1995 he and his wife and their three children decided to move back to Rwanda to work on reconstruction projects.

Today Carl is an Adventist pastor in Oregon. Every year he visits schools in the United States to talk about his experience in Rwanda, which he also described in his book I’m not leaving, published in 2011. He also founded a non-profit organisation, World Outside My Shoes, dedicated to fighting racism and intolerance.