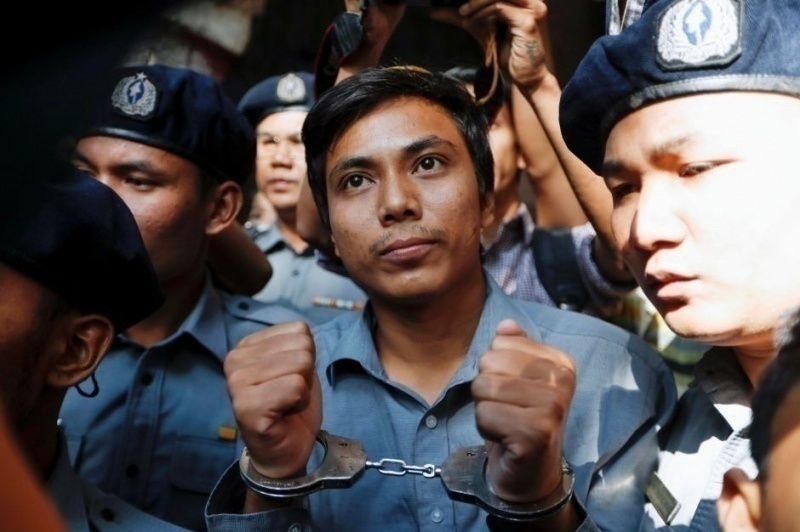 A young Burmese journalist, from an early age Kyaw Soe Oo showed a great love for writing and was passionate about poetry. Buddhist of Rakhine ethnicity, he grew up in the state capital Sittwe, in a modest family and with his four brothers. "He always had a few books in his hand," one of his brothers recounted, "He would go to bookstores or second-hand booksellers and spend all his money buying books."

In 2012, the Rohingya issue inflamed the state of Rakhine. The casus belli was the rape and killing of a young Buddhist woman, Thida Htwe; Thida Htwe's killing sparked an outbreak of violent clashes and a new wave of violence against the Muslim minority in Rakhine. There have been more than 600 deaths, thousands of missing people, and many villages were destroyed. Despite being Buddhist, Kyaw Soe Oo did not participate in violence. Moreover, that conflict made him realize his vocation for journalism.

A joyful person, full of friends, he started working as a journalist at the Rakhine Development News online. Yet, it was with Reuters that Kyaw Soe Oo started covering the violence against the Rohingya, which, since the clashes with the Burmese army in 2017, has turned into ethnic cleansing. As a journalist, Kyaw Soe Oo narrated Myanmar's plan to appropriate the crops of Rohingya farmers who fled to Bangladesh and published reports on how some Buddhists were imposing local segregation on the Rohingya in Rakhine.

"He didn't tell me about the job, and I never asked," said his wife, Chit Thu Win, with whom he has a three-year-old daughter, "but I always believed in him; I knew he was doing the right thing."

In December 2017, together with his colleague Wa Lone, he was arrested in Yangon, on the grounds that he illegally possessed some official documents concerning the killing of 10 men by a group of soldiers and villagers in northern Rakhine. He was thus sentenced to 7 years in prison for violating the Secrets Act.

Both Wa Lone and Kyaw Soe Oo claimed innocence and accused the police of having framed them. Wa Lone and Kyaw Sow Oo said the police invited them to dinner, giving them the same State documents for which they were detained. Kyaw Soe Oo further stated that, during the investigation, he was forced to kneel for hours without being able to sleep and wearing a black hood over his head.

Wa Lone and Kyaw Soe Oo were released, in May 2019, after more than 500 days in prison. Their release was only possible due to a general amnesty, following which 6520 prisoners were freed. 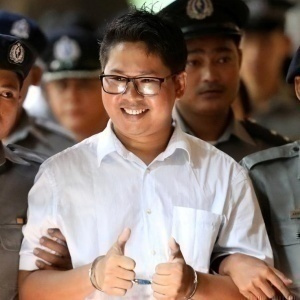 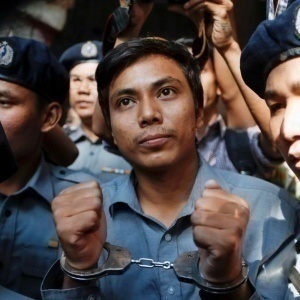