the vice consul who rescued 300 people from the military dictatorship 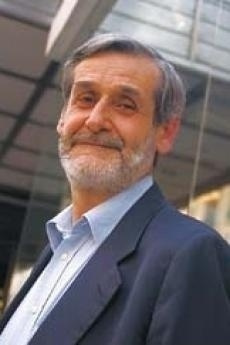 Enrico Calamai was born in Rome on 24 June 1945. Encouraged by his father to study economics, he later undertook a diplomatic career.
He lived between Rome and Madrid and in 1972 was sent to Buenos Aires on his first mission at the service of the Ministry of Foreign Affairs in his capacity as vice consul. The following year, a military coup overthrew the legitimate government of Salvador Allende in neighbouring Chile. Italy refused to recognize the government of general Pinochet, withdrew its diplomatic representation and recalled the ambassador. Diplomatic headquarters were bombarded with requests for safe conduct. In the Italian embassy, 412 refugees, including 50 children, begged for political asylum. Calamai was summoned from Argentina. Thanks to his efforts, a compromise solution was reached: all the refugees would leave but only after the Chilean soldiers had surrounded the building so as to deny access to anyone else. Calamai recalls a climate of inhumane violence on the part of the military and of great despair on the part of the refugees, and wrote that his first reflections on the atrocities that accompany dictatorships date to precisely those days.
In 1976 the young diplomat was back in Buenos Aires at the Italian consulate and witnessed the same atrocities after the coup d’état staged by general Jorge Videla. In the ensuring seven years of repression, 30 thousand people were killed or “disappeared” into the military barracks that had been turned into torture centres. Calamai managed to rescue at least 300 people, regardless of whether they were Italian emigrants or others with no Italian passport. He built up a network of protection and rescued numerous victims of persecution by taking them into both the consulate and his own home. He provided them with false papers to allow them to escape to Italy and, if necessary, took them to the airport himself. The flow of people applying to leave for Italy continued to swell. Calamai refused to abandon these desperate souls to their fate and took the responsibility and risks for them onto his own shoulders.
He could count on the help of just a handful of people, including the correspondent of the Corriere della Sera, Giangiacomo Foà and the trade unionist Filippo di Benedetto, who helped him to smuggle news of the repression under way out of Argentina. “It was no easy matter – he recalls – because the military dictatorship had spies everywhere; a simple suspicion was sufficient to ensure that people disappeared overnight and were never heard of again”. Calamai also tried to discover the whereabouts of the desaparacidos until, in 1977, he was summoned to Rome.
Calamai himself admits that, thereafter, he never had a particularly brilliant career. He was sent to Nepal and then to Afganistan, and retired as early as he could.
On 10 December 2004, in the Embassy of the Argentinian Republic in Italy, he received the Cruz dell’Orden del Libertador San Martin, for his efforts in defence of human rights during the years of the dictatorship.
Calamai helped set up the “Committee for the promotion and protection of human rights” and is the author of: Niente asilo politico. Diario di un console italiano nell’Argentina dei desaparecidos [No political asylum. Diary of an Italian consul in the Argentina of the desaparecidos]. 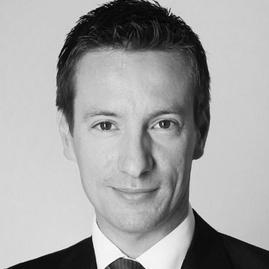