the poet of Majakovskji Square 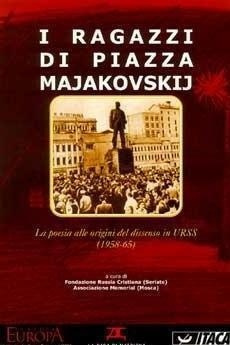 In the 1960s Galanskov took part in public poetry readings in Majakovsky square, with other young independent writers, in which they read their own works and those of their favourite poets. In 1960 he was expelled from Moscow University and a year later helped edit "Phoenix '61", a typewritten samizdat poetry magazine. Arrested, he was incarcerated in a psychiatric hospital. In 1965 he tried to join the university again, attending evening courses run by the History faculty. At the same time he took an active part in the democratic movement. He was expelled and incarcerated once again. After his release, he prepared a new self-published "year book", "Phoenix 66". Arrested again at the beginning of 1967, he was tried and sentenced to 7 years’ hard labour. Even in prison he distinguished himself for his freedom of thought and behaviour. At the end of 1972, he underwent an emergency operation in the camp for a perforated ulcer and died as a result of severe bleeding.