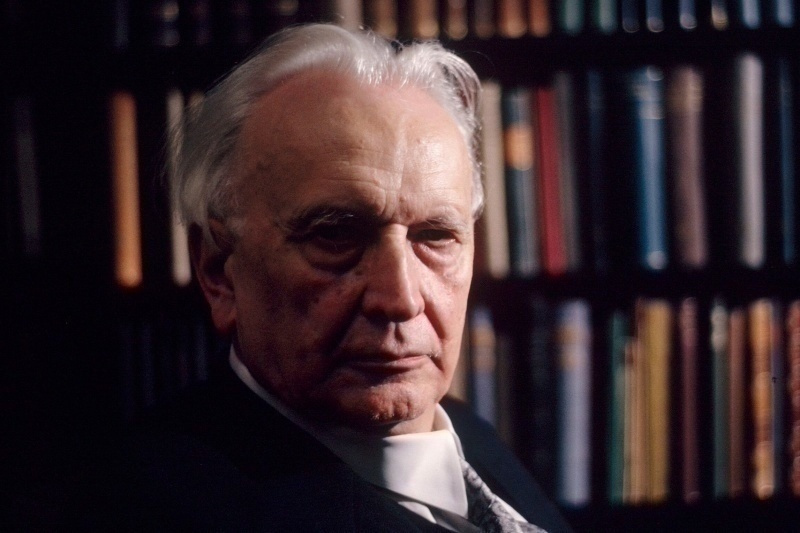 It was the year 1946, when Germany – having just been defeated in the war – appeared as a heap of moral and physical rubble. Many cities were razed to the ground in their urban centers – from Dresden to Hamburg, from Stuttgart to Würzburg – while hunger struck a significant part of the German population, which still mourned the more than five million soldiers who had died in the conflict, in addition to the almost half a million civilians who had fallen in the Allied bombings.

The Allies had filled the streets of Germany with posters bearing images of the recently liberated Lagers, on which they had written: “These atrocities: your fault!”, while films of such horrors were continuously broadcast in cinemas, to find maximum diffusion. “Davon haben wir schon viel gehört” (“We have heard enough about this”): such was the reaction of the average German of the time – as historian Caroline Shapers reports – towards the Shoah. The exact opposite was true. No one, under the guise of reconstruction and the suffering endured by the Germans, seemed interested in reflecting on their own individual and national responsibility for the Holocaust. On the other hand, at the time, amnesia and reticence about the extermination of the Jews were still widespread even among the Allies, who had yet to become aware – at least publicly – of the extent of the genocide.

Well then, in that same 1946, one of the greatest German philosophers of the twentieth century – who, among the very few, had never compromised himself with Nazism – less than a year after the end of the war, gave to the press a book destined to make history: ‘The Question of Guilt’, which collected a series of conferences that Karl Jaspers had held at the University of Heidelberg between 1945 and ’46. It was one of the most extraordinary and complete reflections ever tackled on the darkest page of European history, that of the Holocaust; but it was also an invitation to a shared responsibility that would open up, as then happened, a new consciousness on which to re-found, culturally and politically, a new Germany.

Yet, as we mentioned, very few, if any, among philosophers or academics could boast, as he did, the fact of having remained in Germany without bowing to Hitler’s ideological directives. Saved by the arrival of the Americans in Heidelberg when his destiny seemed sealed, Jaspers had lost, because of Nazism – whose danger, at first, he had underestimated, thinking it was only transitory – both the faculty to teach and to publish books and articles. In 1937, because his wife was of Jewish origin and he was not willing to separate from her, he was forced into early retirement, which was followed by the banning of his works.

In 1942, thanks to the help of influential friends, he was granted permission to go to Switzerland and continue his work there, but the Nazis imposed a condition: his wife, Gertrud Mayer, had to stay in Germany. Jaspers did not bend and decided to stay with her, to protect her and make her hide, despite the dangers. Both had decided, in case of arrest, to commit suicide with ready-made cyanide pills. In 1945 he had been told by a reliable source that his deportation was scheduled for April 14. On March 30, however, Heidelberg – as mentioned – was liberated by the Americans.

After the end of the war, a nonconformist and combative spirit, Jaspers – Instead of resting on his laurels, which would have been easy with a career behind him and a past like his – fought hard for a complete denazification of the teaching staff and for a new academic culture, coming up against the sad reality that few wanted to listen to him, also because the number of professors who had not compromised themselves with the Nazis was too small. Few, moreover, were willing to invest or bet on a new culture in those years of poverty and deprivation, which aimed at the economic miracle to come. Only very slowly could a new university culture take hold in Germany. In the spring of 1948, he accepted a chair of philosophy in Basel, also because of the opposition and criticism he met. His departure for Switzerland, of which he later became a citizen, was considered by many Germans as a betrayal.

A fierce opponent of any nationalism, he fought for a world that would overcome the fences of particular countries and sovereignty, looking to a political universalism that would allow all men to live and communicate in freedom and peace. During the years of the Cold War, he denounced the danger of the arms race and nuclear proliferation. During the last years of his life, as combative as ever, he denounced the drift of democracy in Germany, which was increasingly turning into a national oligarchy of parties. And, once again, his courage was met with annoyance and harsh criticism by West German politicians of all orientations.

A convinced individualist, Jaspers always opposed any undue nationalistic simplification. Here is a passage from his book 'The question of guilt':

"One cannot turn an entire people into a single individual. A people cannot perish heroically, nor become criminal, nor act morally or immorally. These are things that can only be accomplished by individual people who are part of it. A people as a whole can be neither guilty nor innocent, and this neither in the criminal sense nor in the political sense (in the political field only the citizens of a state are accountable) nor in the moral sense. Categorical evaluation from the point of view of the people is always an injustice; it presupposes a false hypostatization and results in the degradation of the human being as an individual person."

In an only apparent paradox, however, no one had questioned the Germans with such force and acumen about their responsibility for the Shoah. His thought, which deserves to be studied in Italian as well as in German schools, presents an articulate examination of what the Germans (and, we would say, many others in Europe) were guilty of with regard to the Jews.

Jaspers develops the concept of guilt in four categories: juridical, political, moral, and metaphysical. If the first three, not attributable to those who – like him – had opposed National Socialism, are purely individual (the third, the moral one, is attributable only to his conscience), the fourth, the metaphysical one, is instead universal and questions anyone who had survived the horrors of Nazism: an indelible guilt for all Germans, that of having abdicated to a “worthy life” – the one that, in the case of man, “wants us to live together or not at all”.

Strongly believing in an “unconditional solidarity that everyone knows for having lived it at least once in the context of a particular union in life”, Jaspers looks to the future of Europe and humanity, opening up to a choral dialogue (significant is the plural that recurs in the text) that leads each of us to a new culture that – facing and investigating the past without discounts and gimmicks – overcomes it forever.

If today's Germany is the open country we all know, this is undoubtedly also due to Karl Jaspers, this great precursor: to his extraordinary thought and courage.