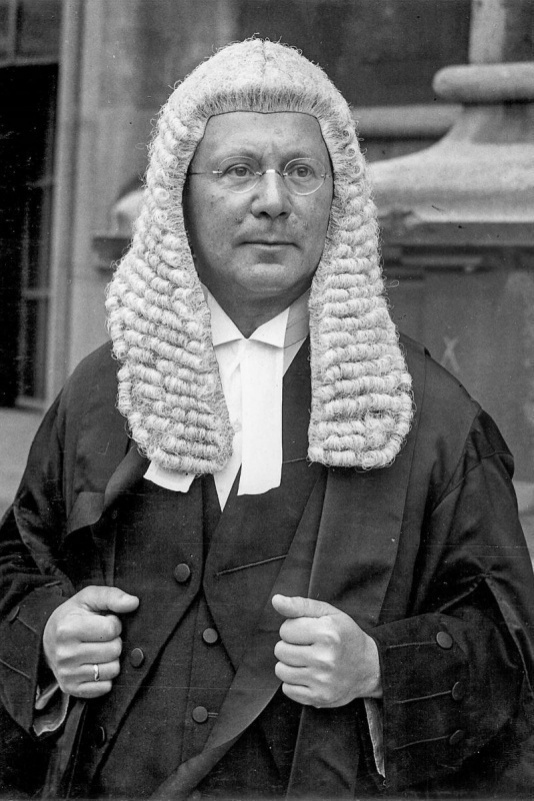 Born in Zolkev - a territory in Austria-Hungary, later to become Polish, now in Ukraine - to a Jewish family, he undertook his studies in Lviv (later called Lemberg, Lvov, Lwow) and enrolled at the University of Law. However, he finished his studies in Vienna, where he obtained a degree in Law and one in Political Science, in that the University of Lemberg “had closed its doors to the Jews of eastern Galicia”. In Vienna, Hersch attended the lectures of Hans Kelsen, the father of the new Austrian constitution. Kelsen considered the idea that individuals have constitutional rights that are binding on the legislature as a fundamental principle.

Lauterpacht’s doctoral thesis, written in German on the international mandate of the League of Nations, was to form the basis of his first major writing in English, Private Law Sources and Analogies of International Law, published in 1927. In this text Lauterpacht argued that human beings (and not states) were the founding unit of all law - including international law.

In Vienna, Lauterpacht met Rachel Steinberg, a piano student. The two married in 1923 and moved to London, where Hersch enrolled as a research fellow at London School of Economics. In 1931 he took the oath to the Crown, after renouncing his Polish citizenship and in 1933 he joined the English bar. He also soon mastered English and after Private Law, in 1933 he published another very important study, Function of Law in the International Community. During these years, he began to theorise about the obligations that place a limit on the power of the state over its citizens, envisioning an international law an intrinsic component of which was the protection of human rights and peace.

In 1933, he also prepared a memorandum for the Council of the League of Nations concerning German legislation on the Jewish population. He warned in it of the “danger that anti-Jewish policy in Germany [could] be systematised according to a plan of inflexible reduction of German citizens of Jewish origin”. In this document, he also argued that German laws offended the “principle of non-discrimination on the grounds of race or religion” and were consequently a threat to international peace. Because of this danger, he called on the League of Nations to exercise its authority “in defence of the rights of human personality, the protection of which is the ultimate aim of international law”. Eventually, he called on all Members of the League of Nations to scrupulously observe these principles in their dealings with internal minorities.
Underlying these observations was the acceptance of the “rational and ethical postulate, which is gradually becoming a reality, of an international community of interests and functions”. “Why should not the same motive that drives human beings to live under the rule of law”, he wondered, “apply to entire nations? Are not the dangers that beset them equally great?”.

During his long career, Lauterpacht became Professor of International Law in Cambridge (in 1938) and was called upon to edit the British Yearbook of International Law in 1944.
A pivotal part of his work was the creation and publication in 1945 of An International Charter of Human Rights, a pioneering piece of writing that argued for a treaty protecting fundamental human rights. The influence of this work was virtually immediate: in that same year, on 26th June, the United Nations Charter signed in San Francisco made the first explicit mention of “fundamental human rights”.

The Second World War was a turning point in Lauterpacht’s thinking. He lost his entire family in Poland: parents, siblings, nephews and nieces. In the early 1940s, during a series of lectures in the United States, he met Attorney General Robert Jackson, appointed by President Roosevelt, who on 2nd May 1945 was to be entrusted by the new President Harry Truman with leading the American prosecution team against the main Nazi criminals. It was on this occasion that, after another meeting with Lauterpacht, the notion of “crime against humanity” appeared in the indictment.
Lauterpacht was to play a leading role in the Nuremberg Trials, as he was personally called by prosecutor Hartley Shawcross, in charge of the English prosecution, to join his team (together with Maxwell Fyfe, Khaki Roberts, Patrick Dean).

In Nuremberg, Lauterpacht’s vision clashed with that of the great Polish Jewish jurist Raphael Lemkin, who had also studied in Lemberg and had been called by Robert Jackson himself to work at the American War Crimes Office. Lauterpacht criticised Lemkin’s desire to introduce the term genocide as he argued that “Human beings, individuals are the ultimate source of all rights”, and the introduction of the notion of group risked slowing down the investigation of crimes and their sentencing, especially for debates on the intentionality of criminals.

Citing the group was pointless to him, since it was still about individuals deprived of their basic rights: it was therefore sufficient to prosecute the crime against humanity. Due to this, during the Nuremberg Trials, he was a firm opponent of the introduction of the notion of genocide, which he considered to be unfeasible and he feared it would weaken the protection of individuals. Indeed, he was concerned that the emphasis on genocide could “reinforce latent instincts of tribalism, increasing the feeling of “us” and “them” and pitting one group against another”.

The Tribunal’s final ruling will not include the term genocide, but will bring the big novelty of crimes against humanity - identified as murder, extermination, enslavement, deportation or other inhuman treatments of any civilian population before or during war, or persecution on political, racial or religious grounds. This ruling will reflect Lauterpacht’s views on the accountability of human beings to be punished when they commit crimes against humanity. First of all, it will state that laws are not only binding on impersonal entities, but on human beings: responsibility for crimes is therefore to be attributed not so much to an abstract notion of Germany, but to members of the government, officials and soldiers. That is, individuals have duties to the international community - and to human beings as such - that “override their duty of obedience to the state of which they are citizens”. This concept was largely debated during the Nuremberg Trials, when the question was raised as to how to treat German soldiers who had obeyed orders from superiors and committed war crimes and crimes against humanity.
In his closing speech, written jointly with Lauterpacht, Shawcross had reiterated a fundamental stance: “There is no rule of international law that provides immunity for those who obey orders that [...] are manifestly contrary to the law of nature from which international law arose”.
Hence one of the most quoted extracts from the Nuremberg ruling: “The fact that a person acted pursuant to an order of his government or of a superior does not relieve him from his responsibility under international law, provided a moral choice was in fact possible to him”.

If Lemkin had devoted himself to finding ways to identify, describe and punish crimes against a human group, Lauterpacht had insisted on protecting individuals within collective tragedies. Both had sought to modernise international law by adapting it to the tragedies of their time. The demands that both jurists had expressed with intelligence and determination would later coexist in international law: genocide is a crime against a group, but only individuals can be accused and judged, not states or entire communities.

It was not until 1948 that Lemkin and Lauterpacht’s stances were somehow harmonized, with the approval of two documents that respectively encapsulated the concept of the rights of individuals and of crimes committed against a group: the Universal Declaration of Human Rights (for the preparation of which Lauterpacht’s work in An International Bill of the Rights of Man was crucial) and the Convention on the Prevention and Punishment of the Crime of Genocide.

Lauterpacht’s career was rewarded in 1954 by his election as a judge of the International Court of Justice. A career that, after being knighted in 1956, was interrupted by the jurist’s death in May 1960.