Etats Généraux against the Mafia 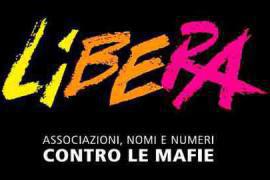 The Mafia power and organized crime are a yet-to-be-defeated cancer, which is actually becoming more and more wide-spread and dangerous in that the crisis creates growing opportunities for illegal enrichment.

The response we must give to this problem, to deal effectively with the Mafia, must be both domestic and international, and it must involve associations, political forces, judicial authorities and police officials, other than social workers, enterpreneurs and trade unions, because you can defeat the Mafia only by creating synergies and spreading a culture of Righteous legality in the younger generations. This is the basis of father Luigi Ciotti's effort as he inaugurates the third edition of Contromafie, that will take place from 23 - 26 October in Rome.

These days will offer the chance to "confront strategies and pathways, putting forward legal and administrative proposals, build actions of civil and non-violent opposition, bringing about good practices and experiences ripened in the fields of freedom, citizenship, information, justice and solidarity."

Such initiatives have made father Ciotti and association Libera a reference point in the struggled against organized crime and the Mafia since many years already. This commitment earned this "street priest" an "ad honorem degree" from the University of Milan.

The same "ad honorem degree" was bestowed also on two other famous street priests committed in the social activities of reception and education for many years, both active in Milan, i.e. father Virginio Colmegna, called by Martini to preside the Casa della Carità (House of Charity) and father Gino Rigoldi, chaplain of the juvenile prison "Beccaria" and founder of "Comunità nuova".