22nd anniversary of the massacres of anti-Mafia judges

Commemorations all over Italy 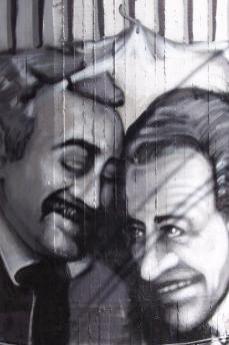 On 23 May we celebrate the 22nd anniversary of the death of Giovanni Falcone, murdered with his wife Francesca Morvillo and the members of his police bodyguard in Capaci, along the motorway from the airport to the city of Palermo. The massacre was perpetrated by Cosa Nostra. In several Italian towns this recurrence is commemorated with meetings and events in memory of the victims. On 22 May the Legality Ship will sail for Palermo bringing there a lot of students. At 5.15 p.m., in Naples and Civitavecchia, opening ceremony and departure of the ships for Sicily. The events will continue on 23 May with a series of initiatives for students and the official commemoration in the top-security courtroom of the Ucciardone jail, in the presence of the Senate President Pietro Grasso, Justice Minister Andrea Orlando, the President of the anti-Mafia Commission Rosy Bindi, the President of the Court of Auditors Raffaele Squitieri, the General Commander of the Finance Guard Saverio Capolupo, National anti-Mafia prosecutor Franco Roberti, and the President of the Anti-corruption Authority Raffaele Cantone. In the afternoon of Friday, 23, two parades will move from the top-security courtroom and from via D’Amelio to then gather under the Falcone Tree in via Notarbartolo at 17.58, the time of the massacre. Demonstrations and commemorations will take place also in Reggio Calabria, Florence, Catania, Milan, and Rome.