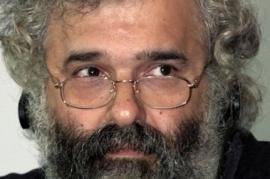 The Huffington Post made us aware of a story that goes far beyond all rhethorics about the caliphate or the “Turkish 1968”. It is Erdogan’s refusal to link the democratization measures announced after the protests in Gezi Park with a promise to free the 7,000 political prisoners of the country.

Among the detained we mention personalities such as Ragip and Deniz Zarakoglu, father and son, the former accused of being “antu-Turkish” for popularizing the truth about the Armenian genocide through his publishing house, the latter jailed only to put pressure on his parent; Fazil Say, a genial pianist guilty just for tweeting a careless comment about the imam of his mosque- “did he take it so short because some mistress is awaiting him?", he digited on his keyboard after hearing a call for prayer which was just 22 seconds long; the late Ragip’s wife was jailed and tortured, too by the Turkish “democrature” for her pacifist commitment.

Lately even just holding a conference about Aristotle in Turkey leads straight to jail. This is why a group of activists, teachers, journalists, NGO members and other intellectuals sent the Huffington Post a call for the release of the prisoners, who are often detained on the charge of “terrorism” just for expressing their freedom of thought. First signatory is Séta Papazian, Chairwoman of the collective "Vigilance Arménienne contre le Négationnisme", but the petition was joined also by personalities like Serge Klarsfeld and Taner Ackam, only to mention a few.

It is remarkable that the different groups who were targeted by genocide like Rwandans, Jews and others have gathered in this solidarity campaign.  The late   Ayse Nur Zarakoglu, Ragip’s wife and Deniz’ mother, is remembered by a tree in the Garden of the Righteous of Milan for witnessing the truth about the Great Evil perpetrated in 1915 against the Armenian people by the government of the Young Turks.