"Our work for the truth and the dialogue" 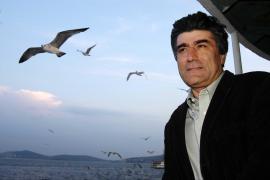 Hrant Dink, the journalist of Armenian origin killed in 2007 (www.21luglio.org)

The recognition of the Armenian genocide is still a taboo for Turkey at the official level, as shown by President Erdoğan's harsh reaction to Pope Francis' statement on 12 April in front of the Armenian community regarding the "first genocide of the '900" . But in the Country, besides the denial of the nationalists and Kemalists, there are many citizens keen to learn about the historical truth, according to Sibel Asna, a founding member of the Hrant Dink Foundation, set up in 2007 "to carry on the dreams, the struggle, the language and the heart of Hrant Dink", the journalist of Armenian origin, who promoted dialogue and reconciliation between the two communities, murdered eight years ago. In the interview, Sibel Asna is optimistic about the future and confirms the commitment of the Foundation to continue the work for the development of a culture of dialogue, empathy and peace.

The violent reaction of the Turkish government to Pope Francis’s words on the Armenian genocide was partly due to the coming general elections and Erdogan’s desire to satisfy the nationalists, or did it rather express a sentiment still widespread among the population?

Both. I cannot give you a precise number but if you look at the mentality of the nationalist parties’ supporters and also at the sayings and reactions of some MHP, BBP, CHP, AKP members or some ex ambassadors’ statements, you may easily figure out the real "sentiments" about the Genocide.

Genocide is not a crime easily accepted by upcoming generations. And, if you don't determine any kind of relevance for such a severe crime "refusal" ,"rejection" denial" and "finding excuses" will become a reflex of the nation. Specifically, if the origin of the crime is an economic transition and the majority of the Turkish or Kurdish families get profit through this, it's hard to accept.

In which social groups is denial more strong?

Nationalists, Kemalists or families with Islamised Armenian ancestors are the social groups which denies most. The education system is also creating hateful generations through demonizing Armenians and non-Muslims as regular enemies of Turkey in narrating history. Students having the opportunity to study abroad finds out the defect narrations and starts to investigate. Almost all the majority of the Turkish historians or social science researchers that I know, dealing with Armenian issues is admitting this fact.

Has the openness of the Turkish civil society towards the Armenian issue, following Hrant Dink’s death, continued involving new groups, or is it limited to a minority?

The funeral of Hrant was a breaking point for the majority of the Turkish society. That day, a large number of the population started to ask questions about this issue. Today, the enlarging number of people investigating the "fiction history" can be easily measured.

Hasan Cemal, journalist, writer, and a grandson of Jemal Pasha (one of the leading perpetrators of the Armenian Genocide as a member of the Young Turks triumvirate) wrote a book about the genocide and said that Turkey, as a state, should apologize to the Armenians and the border between the two states should be opened. Is it a unique case?

His character and his personal history is making Hasan Cemal a very unique person. Many writers, researchers are publishing books, memories or researches and more than 30 thousand supporters signed the “Pardon petition”. Having the same approach, these numbers are increasing day by day.

Is it possible in Turkey to reconcile the Armenian identity with the Turkish one, overcoming the conflicts?

I'm always optimistic about the consensus if the environment is open to communication and if the politicians are not playing a political game on the eve of the election.

The Hrant Dink Foundation works to foster and normalize the Turkey-Armenia relations through cultural initiatives with the motto "The border will be first be opened in our minds." -Are you satisfied with the results so far achieved by the "Turkey-Armenia Travel Grant" and the "Films about Conscience” competition?

I am more than satisfied with the results that the foundation achieved in such a short time. Now, after the opening of the new building, the synergy will double, triple and get bigger and bigger. We can see this from the early feedbacks we are getting.

With the opening of the "Venue of Hope", your new headquarter hosting the Agos Weekly Newspaper and spaces for workshops, an archive, a library, an exhibition hall, a conference hall, are you aiming to reach a wider audience?

With the visual communication environment of our Anarat Higutyun building, we, as Hrant Dink Foundation and Agos newspaper will be able to explain and demonstrate along with the history, the culture, the economy, the understanding, the life style of the Armenian community through the scientific data and methods that will be open to everyone in search of reality.