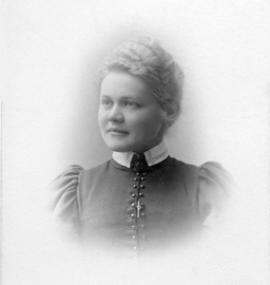 "On July 22nd of 2008, the Armenian Genocide Museum-Institute held the memorial plaque dedication ceremony in honor of the famous Norwegian missionary Bodil Biørn. The ceremony began at the AGMI’s Gomidas Hall with the presentation of the film “They call me mother”; a featured movie at the 2008 “Golden Apricot” Film Festival. Attending the ceremony were the members of Bodil Biørn’s family traveling from Norway to Armenia. The ceremony also featured the presentation of a photo album of Eastern Armenia captured by Bodil Biørn. This greatly preserved album included photos of the Armenian Genocide and images of life after the horrible events of 1915. Moreover, the presentation introduced letters, journals and other testimonial documents that authenticate the genocide. On this occasion, the directing board of the AGMI awarded Jussi Biørn, the grandson of Bodil Biørn, with a certificate of acknowledgment and a silver medal. The ceremony was concluded with the placement of a soil brought from the tomb of Biørn in Norway, at the “Memorial Wall” of the Tsisernakaberd Memorial Complex".

from The Armenian Genocide Museum Institute