he emigrated to the Soviet Union; he was arrested and shot because of his revolutionary activities 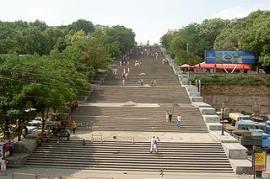 Vincenzo was born in Lanciano in 1893. He took part in World War I, was wounded and received a silver medal for bravery. He enrolled in the Turin Polytechnic university, but was forced to interrupt his studies due to lack of funds. He joined the socialist movement at an early age and took part in the formation of the Italian Communist Party after the split with the socialists in Leghorn in 1921. In Rome he met Pia Piccioni, whom he married a year later and who was to share all his misfortunes, right through to the tragic epilogue in the Soviet Union. Arrested and beaten by the Fascists on several occasions, in 1926 Vincenzo fled to Paris with his family. There he continued to work for the party, up until 1931, when he was ordered to move to the Soviet Union. He went to Odessa to organize propaganda among Italian sailors, but was expelled from the party in 1933 for not toeing the Stalinist line, which by then prevailed. Looked upon with suspicion by other comrades, in Moscow’s “witch hunt” atmosphere, he was forced to leave his wife and three daughters in Odessa, supported solely by Red Aid. He looked for work first in the North and then in Moscow, where he only just managed to survive, without, however, being able to find a home for his family. In 1937 he was arrested and transferred to the prison in Odessa. From there he managed to smuggle notes to his wife, in which he denounced interrogations under duress and the false charges being prepared against him. With no means of support, Pia went to Moscow to beg their Italian comrades for help, but she was denied aid and was forced to leave the USSR to save her children, one of whom was seriously ill. She left for Italy in November 1937 having failed to see Vincenzo before her departure. She arrived in Rome but the Fascists harried her from place to place until she finally settled in Milan. At the end of the war she turned to both the embassy and their party comrades for news of her husband. She wrote a memorial and appealed to the national leaders, but their only reply was: "We will not do anything against the Soviet Union ". Only in 1991, thanks to the Odessa section of the Memorial Association, did she discover that Vincenzo Baccalà had been shot at the end of 1937 and rehabilitated by the Soviet military Tribunal in 1956 "because no crime was committed ". In 1995, Pia’s account of her own odyssey and her husband’s tragic fate was published in her book Comrade Silence.