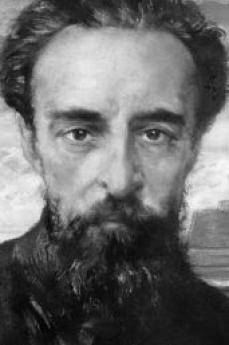 
Leonid Fëdorov was born on 4 November 1879 in St. Petersburg into a Russian Orthodox family. In 1901 he entered the city’s Orthodox Theology Academy, but after much soul-searching, he dropped out a year later and left for Rome, where he embraced Roman Catholicism (13 July 1902). He started his studies in the Pontifical College in Anagni under an assumed name, because Russian law forbade converting from the country’s official religion; for the same reason, in 1908 he moved to the University of Friburg. In this period he began to work with the Greek Catholic Metropolitan Andrei Sheptytsky, a great reformer of the United Church in the Russian Empire. After completing his studies, on 25 March 1911 he was ordained a priest of the Eastern Catholic church. In 1917 the Metropolitan Sheptytsky appointed him Exarch of the Byzantine Catholics, a post confirmed by Pope Benedict XV in February 1921.
On 10 March 1923 he was arrested and sentenced to 10 years imprisonment, in the first collective trial against Russian Catholics; a veritable “show trial” witnessed by Francis McCullagh, correspondent of the “New York Herald”: “Monsignor Fëdorov successfully showed just what a farce the whole trial was and what a load of contradictions the Bolsheviks fell into. Despite being an impassioned orator, in this case he did not behave like a gladiator, ferociously hitting out to right and left. He was a Christian priest, animated by a faith of rare depth in our time and evidently without hope of his words having any effect, but full of love even for his own enemies”.
Released before the end of his sentence, he was arrested again on 10 July 1926, charged with “religious propaganda” and sentenced to 3 years in a camp on Solovetski island. Here he shared the rigours of internment with over 100 Orthodox priests and 20 bishops; they soon became aware of his cultural and moral intelligence and asked him to give them lessons in the historicity of Christ in one of the camp dormitories. After a few months’ freedom, in the autumn of 1931 he was arrested yet again and exiled for 3 years to Kotlas. Following his release, he chose to reside in Vyatka, since he was banned from living in any of Russia’s twelve major cities. He died there at the age of 55, utterly alone, on 7 March 1935; his burial place is not known.
Beatified by John Paul II on 27 June 2001, along with 24 other Ukrainian victims of the Soviet regime, Leonid Fëdorov is the first Russian Beatitude of the modern era.