he has been a film director, an Italian anti-fascism and a victim of Stalinism 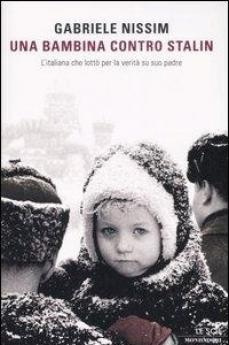 Gino De Marchi was born in Fossano (CN) on 19 May 1902. His father died when he was just a child so by the age of fourteen he was already working to help his mother. He participated in the struggles for workers’ rights in Turin and in the occupation of the factories in 1919. He became a socialist militant and met Antonio Gramsci in the editorial office of "L'Ordine Nuovo". In 1921 he took part in the Socialist Party congress in Leghorn during which the communists broke away to form the Italian Communist Party. De Marchi was given managerial responsibilities in the new party’s youth federation. In June he was invited to Moscow, officially as a delegate at the Communist Youth congress, in actual fact to remove him from Italy; soon after his arrival he was arrested and accused of espionage. The Party had not forgiven him for having confessed to the Fascist police, who threatened to arrest his mother, that the Piedmont federation had a cache of arms. Incarcerated for a year in the labour camp in the former monastery of St. Andronicus, he fell ill with tuberculosis. Released thanks to a plea by Gramsci, who was convinced of his good faith, he was forced into internal exile in Vladykino. It was there that he met his future wife Vera, then very young, who was soon to give him a daughter, Luciana. Helped by his mother, who had arrived from Italy to accompany the child back to Fossano, he was then allowed to return to Moscow at the insistence of his friend, who asked for his rehabilitation. Reunited with his family, in the following years De Marchi enjoyed a brilliant career as a director at Mostech'film, the production company in charge of propaganda documentaries for the regime that glorified the conquests of socialism and Stakhanovism. 1937 saw the beginning of Stalin’s great purges and De Marchi’s name was added to the lists of the ostracized drawn up by the Italian Communist Party’s emigration officers. These lists were passed on to the NKVD (later to become the KGB) who were in charge of everything from arrests and interrogations right through to death sentences or detention in the Gulag. Arrested on 2 October after tip-offs by some of his colleagues, interrogated and tortured for months, De Marchi was charged with Trotskyism and spying and sentenced to death on 22 May 1938. He was shot in the Butovo firing range, in Moscow, on 3 June and finally rehabilitated on 14 July 1956, at the end of the 20th Soviet Communist Party congress in which Kruschev denounced Stalin’s crimes. His daughter Luciana, who had always refused to believe him guilty and to deny her relationship to him, spent her whole life conducting a personal battle for truth, first in Russia and then in Italy. She denounced the responsibilities of the leaders of the Communist Party, and in particular that of Gino’s friend Germanetto, who had refused to intervene in his favour. In the end, she succeeded in her intent and Gino’s innocence and his loyalty as a communist militant were officially acknowledged. In 2004 she unveiled a road sign in Fossano naming the street after her father and in 2005 she attended the inauguration in Milan of the Parco Valsesia, dedicated to the Italian victims of Stalinism. Luciana gave an account of her struggle to defend her father’s memory to Gabriele Nissim, who described it in his book Una bambina contro Stalin [A Child against Stalin] (Mondadori, 2007).