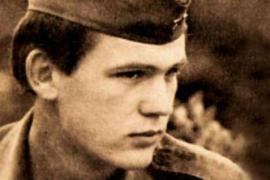 Belgrade has named a street after Srdjan Aleksic, a Bosnian Serb that lost his life while defending a persecuted Muslim man from a group of Serbian soldiers.


The initiative responded to the appeal of a diverse group of citizens that launched an online campaign for public recognition of Aleksic in the capital of the country.  “It is already considered an error in the region-explained the creator of the petition, Suzana Milosavlijevic-but we have to honor him here, in the capital”.


Srdjan Aleksic was born in Trebinje, in southeast Bosnia, in 1966. He was a student of law who enlisted in the Serbian army during the war. On January 21st, 1993 Aleksic defended Alen Glavovic, a Muslim man, from a group of soldiers of the Serbia-Bosnian army at the market of Trebinje. The men first asked the youth to show them his I.D., once they verified his ethnic group they started to beat him. Aleksic stood up against the criminals, permitting Glavovic to escape, but the four military men repeatedly struck Srdjan with the end of their pistols. After the trauma, Srdjan fell into a coma then passed away a couple days later on January 27th, 1993.


For his funeral eulogy Aleksic’s father wrote: “He died carrying out his duty to humanity”.


In 2010 Srdjan Aleksic was given the Prize of Dusko Kondor for civil courage, awarded by Gariwo Sarajevo, with the following motivation: “even though he was aware of the risk, he sacrificed his life to save the life of Alen Glavovic, his fellow countryman, a Bosnian Muslim persecuted for his ethnicity”.


In Sarajevo there is a plaque honoring the memory of his grand gesture, fundamental during the genocide and clashes between the Serbs, Croats and Muslims of the country. “Without people like Srdjan Aleksic and without his heroic actions-reads the plaque-we would lose hope in humanity, and without it our lives would have no meaning”.