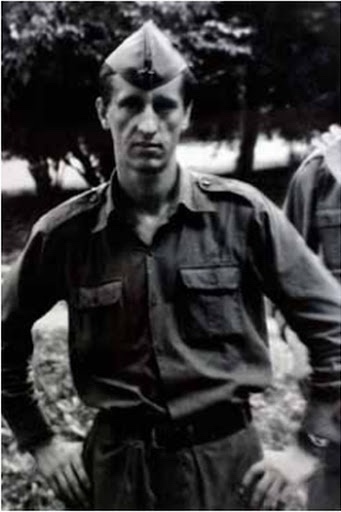 Born in 1958 in the village of Gornje Dubravice, in the municipality of Brcko, in the early breakup of Yugoslavia he was in Slovenia on business and was forced to return to Bosnia.

President of the Serbian Democratic Party of his community, during the war he always supported and fostered peace between his village and the two neighbouring villages, one Bosnian (Šatorovići) and the other Croatian (Donje Dubravice), and helped civilians of different nationalities cross the territories under the control of Serbian army and police.

In 1992, during one of these episodes, Smail Ribić, secretary of the Democratic Action Party in the municipality of Brčko, approached him and he decided to help him cross the border so that he could be reunited with his family who had fled to Germany. Đoko imagined him reaching the country via Serbia and then Hungary.
Unfortunately, while fleeing, the two were stopped by Serbian police in the settlement of Stanovi, near Brcko. Đoko was given the chance to leave Ribić and go back home, but the man refused to abandon his friend.

Both were arrested and taken first to Brcko police station - where they were beaten throughout the night - and then transferred to Luka camp. Here Stevanović was tortured and killed. The same fate befell Ribić shortly afterwards. Their bodies were thrown together in a mass grave. Dzafer Deronjic, one of the thousands of Bosnians from Brcko detained in Luka - where they were the victims of abuse, violence and murder - has repeatedly testified before national and international courts about what he saw in the camp. “I remember well”, he stated, “when they brought Đoko Stevanović and Smail Ribić to the camp. They were beaten badly, they were covered in blood. After about ten minutes, they were taken out of the hangar and never came back. Later we learned that they had been killed”.

The bodies of the two men were found and identified after the end of the war. Đoko is buried in the cemetery of Gornje Dubravice, while Smail rests in the martyrs’ cemetery of Brčko.

Đoko Stevanović sacrificed his life for his principles. For his action, he received Duško Kondor Award for Civic Courage in 2015.