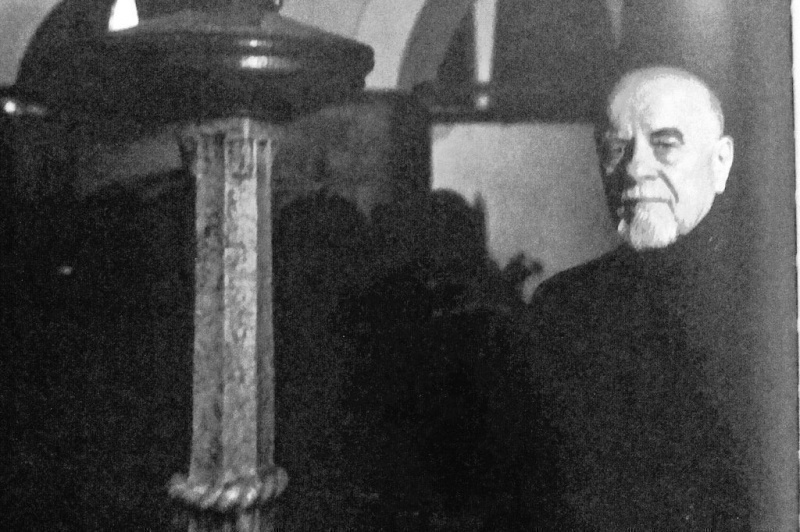 Krstan Bijeljac, born in 1916, is an Orthodox priest who joined the Antifascist movement in 1941 and received the Partisan Memorial Award of 1941. He was the only living representative of the Serb people on the territory of the Federation of Bosnia-Herzegovina who was a delegate at the historic first session of ZAVNOBiH - State Anti-fascist Council for the National Liberation of Bosnia and Herzegovina - in Mrkonjic Grad. After WWII, Krstan worked for the Red Cross, the Socialist Union, and other institutions.

Amid the ethnic cleansing of the Balkans and while Sarajevo was under siege by units of the Army of Republika Srpska, he chose to stay in Sarajevo. In an interview after the war, he stated that he never once thought about leaving Sarajevo. "I am often asked why I did not leave... I decided to stay true to the great human principles on which the state of Bosnia and Herzegovina was built."

In the absence of active Orthodox priests, who had deliberately decided to leave the city at the beginning of Sarajevo's siege, Bijeljac decided to return to his priest's calling, wear a priest's habit, and hold masses in the Old Orthodox Church of Sarajevo. Thus, during the siege, he went all over the city, risking his own life to share the fate of his congregation and that of all his fellow citizens.

Krstan Bijeljac proved his civil courage by defying the negative authorities of his time, from those of his own ethnic and religious group to the others who opposed his fight for a multicultural Bosnia-Herzegovina, based on shared social values. In 2010, he received the Dusko Kondor Civil Courage Award for his commitment to human rights and democracy.

"Today, many things are different", Bijeljac said, "this is a new time and a new people… However,

However, only facts are important. Mrkonjic Grad, the session of ZAVNOBiH that laid the foundations for Bosnia and Herzegovina, are "facts". Since then, we have become a state that, no matter how much some people may deny it, no one will ever be able to dissolve. People will not allow it, whatever these politicians try and say"