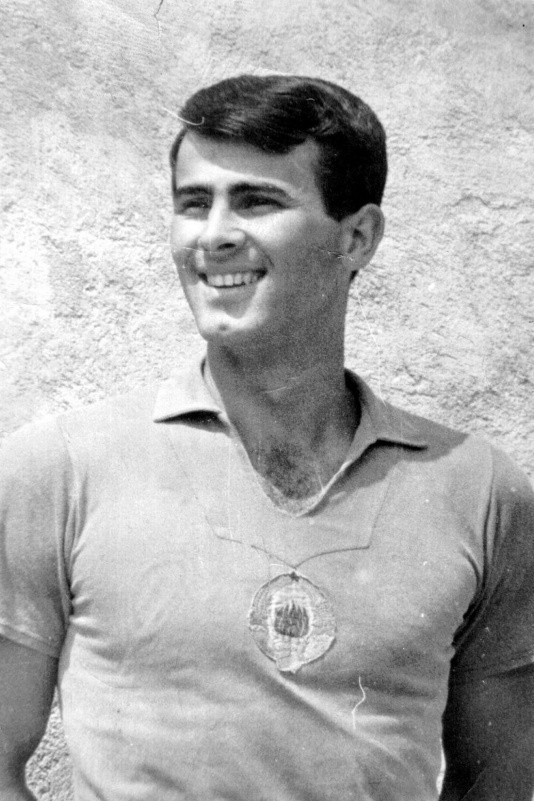 Born in 1946 in Sarajevo, he was a well-known handball player for the Bosna, Mlada Bosna, Crvena zvezda clubs, and the Yugoslav national team. In 1963, when he was 17 years old, his team, Bosna, won the Yugoslav Cup.

Goran was raised nurturing the spirit of anti-fascism ideals, in particular freedom and equality of all people. These were the principles that his parents, Nataša Zimonjić-Čengić and Ferid Fićo Čengić (the first post-war mayor of Sarajevo), taught him to believe in.

During the war in the 1990s, Goran lived in the occupied part of Sarajevo, in Grbavica. This is where he was killed on 14th June 1992, after trying to protect his Muslim neighbor, Dr Husnija Ćerimagić, from Veselin Vlahović Batko, known as the “Monster of Grbavica”.

After hearing screams, Goran left his flat and confronted the notorious murderer, shouting: “What are you doing? Can’t you see that this man is sick?”. He did not flinch even though criminals were armed, he instead stood up to the killers to protect someone who was being unjustly mistreated.

However, Čengić tried to save Dr Ćerimagić in vain: Batko and his men took both of them away and Goran’s remains were only discovered nine years later.
With his gesture, Goran chose not to be an indifferent bystander: he gave his life to affirm his integrity as a human being and his determination to endure the worst moments in the history of his city.

In 2013 Goran received the Duško Kondor Award for Civil Courage.

His biography is taken from the archive of the Duško Kondor Award for Civil Courage. We would like to thank Svetlana Broz for providing the material to the editorial staff.